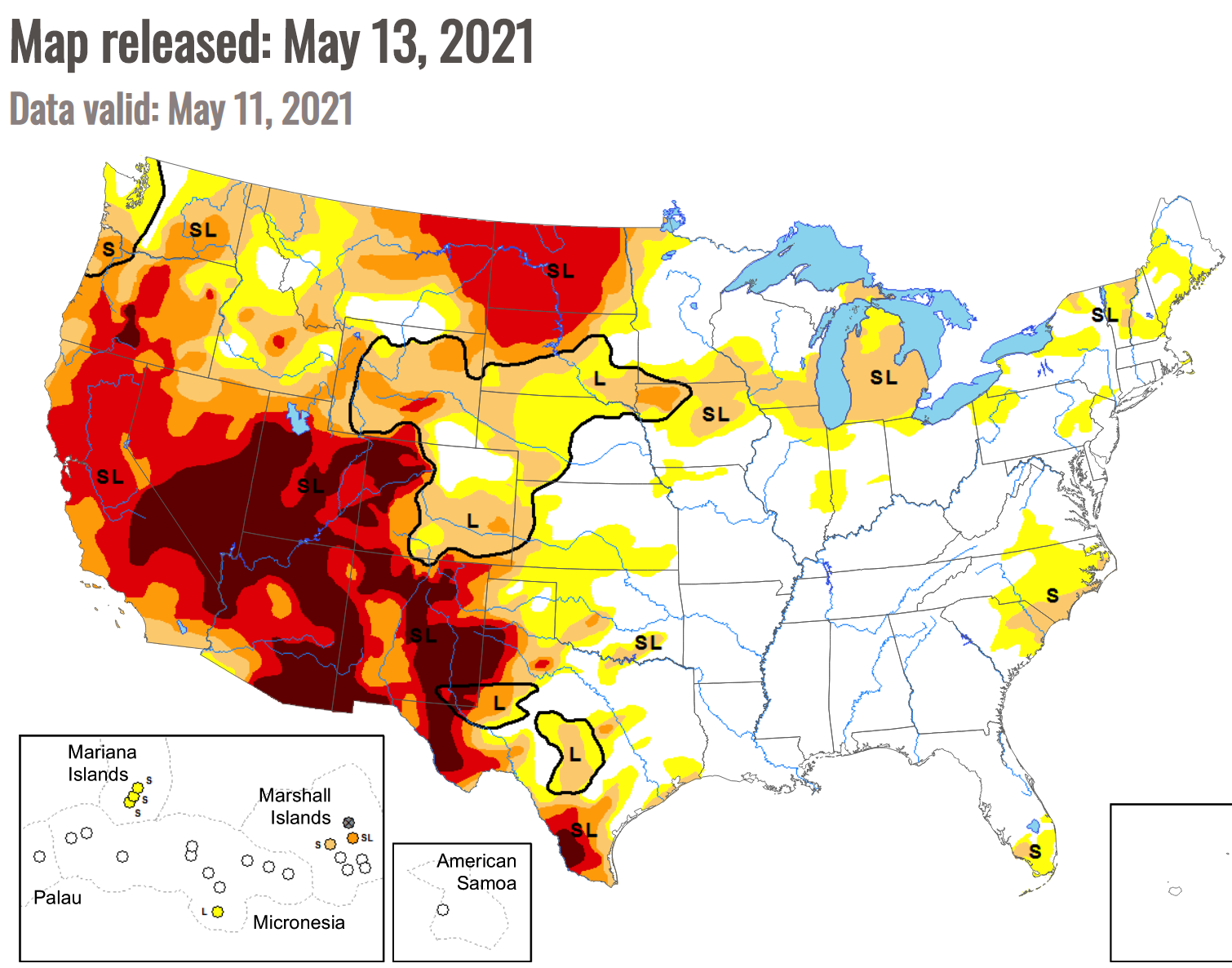 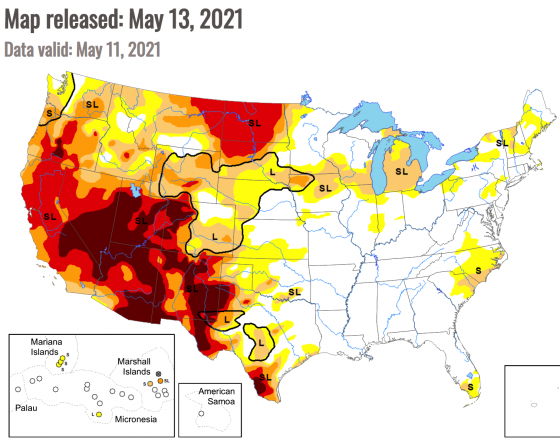 The megadrought that has almost the entire western half of the country in a death grip is starting to become extremely painful.  In some areas, irrigation water is being totally cut off for farmers, and that is going to result in a totally lost year for many of them.  Without water, you simply cannot grow crops, and irrigation water is the difference between success and failure for multitudes of western farmers.  Scientists are also warning that this upcoming wildfire season could be even worse than last year due to the bone dry conditions.  For me, it is difficult to imagine a wildfire season that is any worse than what we experienced in 2021.  But this is what they are telling us.  This megadrought has already been going on for many years, and experts are giving us very little hope that things will improve any time in the foreseeable future.  In fact, CBS News is reporting that this current drought is in danger of evolving into a “permanent drought”…

Extreme drought across the Western U.S. has become as reliable as a summer afternoon thunderstorm in Florida. And news headlines about drought in the West can seem a bit like a broken record, with some scientists saying the region is on the precipice of permanent drought.

Even during the “Dust Bowl” of the 1930s, there was always hope that the drought would end and normal conditions would return.

But now we are being told that this is the new normal.

The western half of the country desperately needed a healthy level of precipitation during last winter’s “wet season”, but instead conditions were much drier than usual…

Consequently, this past winter’s wet season was not very wet at all. In fact, it just added insult to injury, with only 25 to 50% of normal rainfall falling across much of the Southwest and California. This followed one of the driest and hottest summers in modern times, with two historic heat waves, a summer monsoon cycle that simply did not even show up and the worst fire season in modern times.

Now we are moving into “the dry season”, and there simply is not enough water for everyone.

Along the California-Oregon border, things just went from bad to worse.  Farmers in the region already knew that they would be getting much less water this year, but now federal officials have decided to completely shut the water off for most farmers…

The water crisis along the California-Oregon border went from dire to catastrophic this week as federal regulators shut off irrigation water to farmers from a critical reservoir and said they would not send extra water to dying salmon downstream or to a half-dozen wildlife refuges that harbor millions of migrating birds each year.

In what is shaping up to be the worst water crisis in generations, the U.S. Bureau of Reclamation said it will not release water this season into the main canal that feeds the bulk of the massive Klamath Reclamation Project, marking a first for the 114-year-old irrigation system. The agency announced last month that hundreds of irrigators would get dramatically less water than usual, but a worsening drought picture means water will be completely shut off instead.

Needless to say, for many of them no water will mean no crops.

So has California Governor Gavin Newsom.

The state of California grows more of our vegetables than anyone else does, and this growing water crisis is forcing many farmers in the state to make some heartbreaking decisions…

With the uncertainty of water, some Central Valley farmers are destroying their crops ahead of the summer season in order to survive. It’s impacting jobs and soon possibly the grocery shelves.

In many instances, farmers are destroying some of their crops in order to give other crops half a chance of making it.

For example, farmer Joe Del Bosque just destroyed all of the asparagus he was growing in order to use water elsewhere…

“There’s been a blade that’s cut underneath and these here, they are green still but they are going to die,” explained Del Bosque.

The loss of asparagus means 50-60 farmworkers are out of a job next year.

This is already a major national crisis, and it is getting worse with each passing month.

According to the NOAA, the soil moisture content in our southwestern states is now the lowest it has been “in at least 120 years”…

Kelsey Satalino, the Digital Communications Coordinator from NOAA’s National Integrated Drought Information System, says that during the past few months, several states including Nevada, Arizona, New Mexico and Utah experienced their most intense period of drought since the Drought Monitor began back in 2000. As a result, soil moisture content is at its lowest levels in at least 120 years.

That means that things weren’t even this bad during the Dust Bowl days of the 1930s.

As I have discussed in previous articles, colossal dust storms are now regularly happening in the western half of the country.

In fact, some of them are so large you can see them from space.

In addition to being extremely unpleasant, these dust storms can also spread fungal spores that cause Valley fever.  The following comes from NASA…

Valley fever is a dangerous threat to human health – and cases are on the rise in the arid southwestern United States, as wind from increasing dust storms can transport the fungal spores that cause the disease. Valley fever is caused by the Coccidioides fungus, which grows in dirt and fields and can cause fever, rash and coughing. Using NASA research and satellite data, the World Meteorological Organization is refining its Sand and Dust Storm Warning Advisory and Assessment System to help forecast where dust risk is greatest.

In my most recent book, I warned that “record drought” was coming, and now it is here.

Last year’s wildfire season was a complete and utter nightmare, but now officials are warning that 2021 could be even worse.

Could that be possible?

It is hard to imagine anything worse than what we witnessed in California last year, but it appears that things are off to an even earlier start this year.

At this moment, an absolutely massive fire is burning out of control in Los Angeles County…

Los Angeles County authorities looked Sunday for a potential arsonist who might have set off a brush fire that forced the mandatory evacuation of about 1,000 people in the exclusive Pacific Palisades area near Topanga Canyon.

Cool and wet conditions overnight helped prevent the Palisades Fire from spreading beyond the 750 acres it had reached Saturday, but the LA Fire Department said in an update Sunday morning that warming weather and afternoon winds may push the blaze northwest – threatening homes – as it rips through dense mountain vegetation that “is very dry and has not burned in 50+ years.’’

It almost seems like the west coast is under some sort of a curse.

Whenever it seems like things couldn’t get any worse, somehow they do.

Scientists tell us that another very dry summer is looming, and that is extremely bad news for the entire region.

Dust Bowl conditions have returned, and it appears that they will be with us for a long time to come.