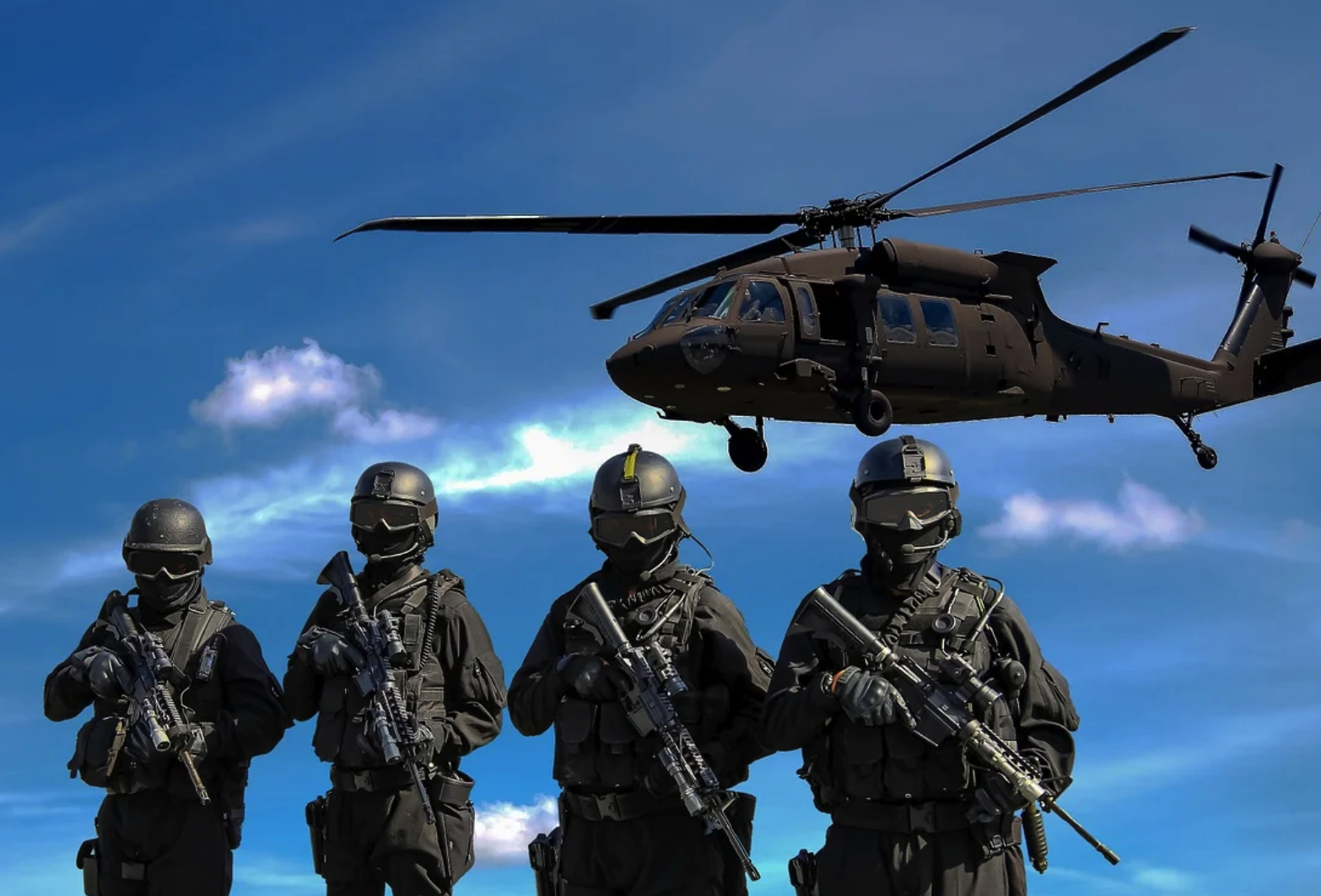 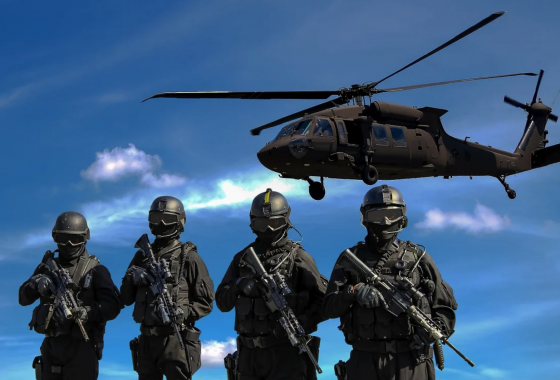 This is not a game.  As this crisis has been unfolding in Ukraine, I have been seeing people all over the Internet cheer for either side like they would cheer for their favorite football teams.  But these people don’t understand what is at stake.  If World War III erupts in Ukraine, it will very likely lead to nuclear war between the United States and Russia down the road.  So we should all be deeply grieved over what is happening, because we are getting really close to a point of no return.

One of the good things about the Trump years was that President Trump was not interested in messing with Russia.  So the status quo in Ukraine was respected by both sides for four years, and there was relative peace in the region.

But then Joe Biden took power, and he has surrounded himself with an all-star team of warmongers.  National security adviser Jake Sullivan, Chairman of the Joint Chief of Staff General Mark Milley, Defense Secretary Lloyd Austin and Secretary of State Antony Blinken are all card-carrying members of the War Party, and they don’t seem interested in finding a way to have peace with Russia at all.

After having his security concerns mocked and laughed at for the past year, Vladimir Putin finally admitted that negotiations are at “a dead end” on Monday.  It would have been so easy to negotiate a peaceful solution with the Russians that would have kept Russia out of Ukraine, but that isn’t what the War Party wanted.

Now Putin has run out of patience, and on Monday he greatly escalated the crisis by formally recognizing the independence of Donetsk and Luhansk and by announcing that he would be sending troops into the two separatist republics…

Russian President Vladimir Putin recognized two breakaway regions in eastern Ukraine as independent on Monday and ordered the Russian army to launch what Moscow called a peacekeeping operation in the area, upping the ante in a crisis the West fears could unleash a major war. Putin told Russia’s defense ministry to deploy troops into the two breakaway regions to “keep the peace” in a decree issued shortly after he announced recognition for Russia-backed separatists there, drawing US and European vows of new sanctions.

I think that Putin wanted to make a move before the Ukrainians did.  According to one Russian official, there were “almost 60K Ukrainian military personnel concentrated near the borders of the Republics of Lugansk & Donetsk”, and I think that Putin decided that the only way to keep Ukraine from overrunning the two republics was to move his own forces in first.

If that is the end result, there may still be hope of defusing the situation.

Putin sounds like a man that is convinced that war is coming.  The following comes from a very rough translation of his speech on Monday…

“from those who took power in kiev we demand to stop any and all military actions against donbass. otherwise, the consequences will be on ukraine. i count on the support of all patriotic forces in russia.”

Russia has essentially issued an ultimatum to Ukraine.

If Ukraine invades Donetsk and Luhansk, the Russians will invade Ukraine.

Of course some western media sources are actually using the term “invasion” to describe Russian troop movements into the separatist republics.

If you have bought into that propaganda, let me ask you a question.  Do the people in this video look like they have just been “invaded”?…

Twitter can be a horrible place at times, but tonight’s decision by President Putin to recognise the Donbass republics is the news people there have been looking forward to for 8 years. I’ll sign off tonight with this video from Lenin Square in Donetsk. #Donbass 🇷🇺 pic.twitter.com/l8YJVF84tf

This would be a good opportunity for both sides to take a deep breath and start backing down.

Western leaders continue to use extremely harsh rhetoric and they continue to insist that a full-blown invasion of Ukraine is imminent.  The following is what Jake Sullivan just told the Today Show…

“We believe that any military operation of the size, scope and magnitude of what we believe the Russians are planning will be extremely violent. It will cost the lives of Ukrainians and Russians, civilians and military personnel alike,” Sullivan said during an appearance on NBC’s “Today.”

“But we also have intelligence to suggest that there will be an even greater form of brutality because this will not simply be some conventional war between two armies,” he added. “It will be a war waged by Russia on the Ukrainian people to repress them, to crush them, to harm them.”

And another U.S. official is alleging that Russia has a list of people that they will be specifically targeting once the invasion has been completed…

“Disturbing information recently obtained by the United States that indicates that human rights violations and abuses in the aftermath of a further invasion are being planned,” Ambassador Bathsheba Nell Crocker, the US Representative to the Office of the United Nations and Other International Organizations in Geneva, alleges in a letter to Michelle Bachelet, the UN High Commissioner for Human Rights.

“These acts, which in past Russian operations have included targeted killings, kidnappings/forced disappearances, unjust detentions, and the use of torture, would likely target those who oppose Russian actions, including Russian and Belarusian dissidents in exile in Ukraine, journalists and anti-corruption activists, and vulnerable populations such as religious and ethnic minorities and LGBTQI+ persons,” reads the letter, which was first reported by The Washington Post and obtained by CNN.

So Russia plans to violently round up dissidents, activists and anyone else that is opposed to their rule?

Oh, you mean that it will be kind of like what just happened in Canada with the full approval of the U.S. government?

If the Biden administration actually cared about human rights, they would be condemning the horrific brutality that we just witnessed in Ottawa.

But of course that will never happen.

Let’s watch and see what happens over in Ukraine during the next several days.  One very alarming sign is that the Russians have just closed off much of the airspace over the Sea of Azov…

Russia’s Aeronautical Information Center issued a NOTAM (a Notice to Airmen) on Sunday which will close most of the airspace over the Sea of Azov starting at midnight between Sunday and Monday, as the US continued to warn that Russia intends to invade Ukraine.

I don’t think that this indicates that a full-blown invasion of Ukraine is imminent.

But at this point the conditions for war have been clearly set.

If Ukraine invades Donetsk and Luhansk now, the Russians have made it exceedingly clear that they will invade Ukraine.

So this actually puts a lot of power into the hands of the War Party in Washington.

Joe Biden and his all-star team of warmongers now know exactly what it will take to spark a war.

Will they decide to pull the trigger?

Let us hope not, because once World War III begins nothing will ever be the same again.