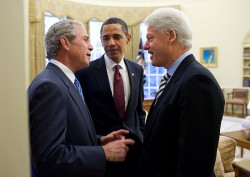 What do you do when an entire nation begins to lose the capacity to think rationally?  Many Americans spend a great deal of time criticizing the government, and there is certainly a lot to complain about, but it is not just the government that is the problem.  All over America, people appear to be going insane.  It is almost as if we have been cursed with stupidity.  Sadly, this applies from the very top of our society all the way down to the very bottom.  A lot of us find ourselves asking the following question much more frequently these days: “How could they be so stupid?”  Unfortunately, we are witnessing a complete collapse of common sense all over America.  Many people seem to believe that if we could just get Obama out of office or if we could just reform our economic system that our problems as a nation would be solved, but that is simply not true.  Our problems run much deeper than that.  The societal decay that is plaguing our country is very deep and it is everywhere.  We are a nation that is full of people that do not care about others and that just want to do what is right in their own eyes.  We hold ourselves out to the rest of the world as “the greatest nation on earth” and an example that everyone else should follow, and yet our own house is rotting all around us.  The words “crazy”, “insane” and “deluded” are not nearly strong enough to describe our frame of mind as a country.  America has become a sad, delusional old man that can’t even think straight anymore.  The evidence of our mental illness is everywhere.

The following are 20 signs that we are witnessing the complete collapse of common sense in America….

#1 According to Wired Magazine, FBI agents have been taught that they can “bend or suspend the law” as they pursue criminals and terrorists.  But when they break the law they become criminals themselves.

#2 A TSA manager (not just an agent) at Dulles International Airport was recently discovered to be running a prostitution ring out of a local hotel room.  TSA agents have been charged with crime after crime after crime and yet we continue to allow them to be in charge of airport security.

#3 CBS News is reporting that approximately 200 pieces of luggage a day are being stolen by employees at John F. Kennedy International Airport and authorities still have not been able to stop it.

#4 Visitors to the United States must now pay $14 to complete an online form that asks them a series of really bizarre questions.  For example, one of the questions asks visitors to the U.S. if they ever “collaborated with the Nazis”.

#6 A high school senior in Indiana was recently expelled from school for cussing on Twitter.

#7 Police in Chicago apparently believe that our “First Amendment rights can be terminated” at their discretion.

#8 Americans are becoming very cruel to one another.  This is especially true when it comes to the weak and the elderly.  For example, two “caregivers” down in Georgia were recently charged with waterboarding an 89-year-old woman that had been entrusted to their care….

Police charge two caregivers at a Jonesboro facility with waterboarding an 89-year-old woman.

#9 An increasing number of American families are taking out student loans in order to pay for their children’s kindergarten tuition.

#10 One town in Massachusetts plans to distribute free condoms to children as young as 12 years of age.

#11 Children in America are exposed to enormous amounts of sexual material on television these days, but we are always so shocked when they try to act out on it.  The following is one very disturbing example that happened recently in Ohio….

Authorities in southwest Ohio have charged a 13-year-old boy with raping a 5-year-old girl at a McDonald’s play area.

The Hamilton County Sheriff’s Office said Monday that the alleged assault occurred Oct. 29 at a McDonald’s in the Cincinnati suburb of Anderson Township. Sheriff’s spokesman Steve Barnett says the girl’s grandmother was nearby in the restaurant at the time.

#12 The following is another example from Indiana of how our sexualized society is affecting our young children….

Fishers police said an 8-year-old girl and a 13-year-old boy were caught in a sexual act on a school bus.

The girl’s parents are now trying to determine if the February incident was a rape or molestation.

In a statement, police said a bus aid caught the girl and the boy “trying to have intercourse,” and that the “bus aid immediately separated the juveniles and informed the bus driver.”

#13 According to Natural News, the Michigan state government intends to raid private farms and kill pigs that have “the wrong hair color” even though some of these farmers have been raising these pigs for decades.

#14 An executive order recently updated by the Obama administration would give the federal government complete control over all food, all energy, all health resources, all transportation resources and “all other materials, services, and facilities” at the discretion of Barack Obama.  The wording of the executive order has been changed so that this can now be done even in “non-emergency” situations.  Very few Americans seem concerned by this.

#15 These days many Americans are very hesitant to get involved with helping out anyone else.  For example, an 86-year-old World War II veteran living near Detroit was recently brutally carjacked in broad daylight at a gas station.  He could not walk after the attack because his leg was shattered so he began to crawl across the concrete pavement to get help.  Sadly, many people walked past and drove past as if he was not even there.

#16 At one airport in Hawaii, TSA agents recently required one new mother to go to a public restroom and fill up the empty baby bottles she was carrying with her own breast milk before they would allow her to get on to her flight.  The following is how one local news station described the incident….

#18 Thieves in New Jersey have become so desperate for scrap metal that they have started breaking into churches and ripping the copper piping right out of the walls.

#19 Tide detergent has become an alternative form of currency on the streets of America and there has been an epidemic of Tide thefts all over the nation.  The following is from a recent article in The Daily….

Theft of Tide detergent has become so rampant that authorities from New York to Oregon are keeping tabs on the soap spree, and some cities are setting up special task forces to stop it. And retailers like CVS are taking special security precautions to lock down the liquid.

“That was unique that he stole so much soap,” said West St. Paul Police Chief Bud Shaver. “The name brand is [all] Tide. Amazing, huh?”

Tide has become a form of currency on the streets. The retail price is steadily high — roughly $10 to $20 a bottle — and it’s a staple in households across socioeconomic classes.

#20 New federal rules will severely restrict the kind of work that children can do on farms in America.  Kids will be banned from doing many of the most basic kinds of farm chores under the new regulations.  Perhaps the children can just sit inside and watch television while the adults do all the work.

As mentioned earlier, what America is experiencing is not just an economic collapse.  The truth is that our entire society is collapsing.

For many years our great prosperity masked much of our decline, but now our great economic strength is rapidly fading and it is becoming very difficult to deny how far we have fallen as a nation.

You can find more examples of how American society is decaying right here and right here.  Anyone with half a brain can see what is happening to the United States.  It really is sad, because America was once a truly great nation.

So is there any hope of a recovery?

Not if we keep going down the same path.

In the end, the choice is up to you America. 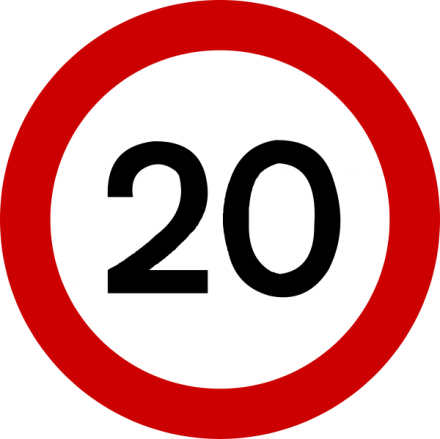