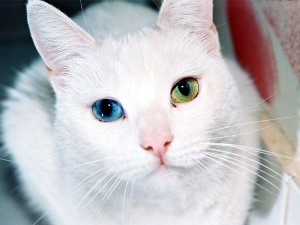 Is the financial system of Europe on the verge of a meltdown?  I have always maintained that the next wave of the economic crisis would begin in Europe, and right now the situation in Europe is unraveling at a frightening pace.  On Monday, European stocks had their worst day in over six months, and over the past four days we have seen the EUR/USD decline by the most that it has in nearly seven months.  Meanwhile, scandals are erupting all over the continent.  A political scandal in Spain, a derivatives scandal in Italy and banking scandals all over the eurozone are seriously shaking confidence in the system.  If things move much farther in a negative direction, we could be facing a full-blown financial crisis in Europe very rapidly.  So watch the financial markets in Europe very carefully.  Yes, most Americans tend to ignore Europe because they are convinced that the U.S. is “the center of the universe”, but the truth is that Europe actually has a bigger population than we do, they have a bigger economy then we do, and they have a much larger banking system than we do.  The global financial system is more integrated today than it ever has been before, and if there is a major stock market crash in Europe it is going to deeply affect the United States and the rest of the globe as well.  So pay close attention to what is going on in Europe, because events over there could spark a chain reaction that would have very serious implications for every man, woman and child on the planet.

As I noted above, European markets started off the week very badly and things have certainly not improved since then.  The following is how Zero Hedge summarized what happened on Thursday…

EuroStoxx (Europe’s Dow) closed today -1% for 2013. France, Germany, and Spain are all lower on the year now. Italy, following ENI’s CEO fraud, collapsed almost 3% from the US day-session open, leaving it up less than 1% for the year. Just as we argued, credit markets have been warning that all is not well and today’s afternoon free-fall begins the catch-down.

In addition, the euro has been dropping like a rock all of a sudden.  Just check out this chart which shows what happened to the euro on Thursday.  It is very rare to see the euro move that dramatically.

Well, we already know that the economic fundamentals in Europe are absolutely horrible.  Unemployment in the eurozone is at a record high, and the unemployment rates in both Greece and Spain are over 26 percent.  Those are depression-level numbers.

But up until now there had still been a tremendous amount of confidence in the European financial system.  But now that confidence is being shaken by a whole host of scandals.

In recent days, a number of major banking scandals have begun to emerge all over Europe.  Just check out this article which summarizes many of them.

One of the worst banking scandals is in Italy.  A horrible derivatives scandal has pushed the third largest bank in Italy to the verge of collapse…

There is that word “derivative” that I keep telling people to watch for.  Of course this is not the big “derivatives panic” that I have been talking about, but it is an example of how these toxic financial instruments can bring down even the biggest banks.  Monte dei Paschi is the oldest bank in the world, and now the only way it is able to survive is with government bailouts.

Another big scandal that is shaking up Europe right now is happening over in Spain.  It is being alleged that Spanish Prime Minister Mariano Rajoy and other members of his party have been receiving illegal cash payments.  The following summary of the scandal comes from a recent Bloomberg article…

On Jan. 31, the Spanish newspaper El Pais published copies of what it said were ledgers from secret accounts held by Luis Barcenas, the former treasurer of the ruling People’s Party, which revealed the existence of a party slush fund. The newspaper said 7.5 million euros in corporate donations were channeled into the fund and allegedly doled out from 1997 to 2009 to senior party members, including Rajoy.

Could Rajoy actually be innocent?

Well, at this point most of the population of Spain does not believe that is the case.  Just check out the following poll numbers from the Bloomberg article quoted above…

According to the Metroscopia poll, 76 percent of Spaniards don’t believe the People’s Party’s denials of the slush-fund allegations. Even more damning, 58 percent of the party’s supporters think it’s lying. All of the Spanish businessmen with whom I discussed the latest scandal expect it to get worse before it gets better. Their assumption that there are more skeletons in the government’s closet indicates what little trust they have in their leaders.

Meanwhile, the underlying economic fundamentals in Europe just continue to get worse.  One of the biggest concerns right now is France.  Just check out this excerpt from a recent report by Phoenix Capital Research…

The house of cards that is Europe is close to collapsing as those widely held responsible for solving the Crisis (Prime Ministers, Treasurers and ECB head Mario Draghi) have all been recently implicated in corruption scandals.

Those EU leaders who have yet to be implicated in scandals are not faring much better than their more corrupt counterparts. In France, socialist Prime Minister Francois Hollande, has proven yet again that socialism doesn’t work by chasing after the wealthy and trying to grow France’s public sector… when the public sector already accounts for 56% of French employment.

France was already suffering from a lack of competitiveness. Now that wealthy businesspeople are fleeing the country (meaning investment will dry up), the economy has begun to positively implode.

As the report goes on to mention, over the past few months the economic numbers coming out of France have been absolutely frightful…

Auto sales for 2012 fell 13% from those of 2011. Sales of existing homes outside of Paris fell 20% year over year for the third quarter of 2012. New home sales fell 25%. Even the high-end real estate markets are collapsing with sales for apartments in Paris that cost over €2 million collapsing an incredible 42% in 2012.

Today, the jobless rate in France is at a 15-year high, and industrial production is headed into the toilet.  The wealthy are fleeing France in droves because of the recent tax increases, and the nation is absolutely drowning in debt.  Even the French jobs minister recently admitted that France is essentially “bankrupt” at this point…

France’s government was plunged into an embarrassing row yesterday after a minister said the country was ‘totally bankrupt’.

Employment secretary Michel Sapin said cuts were needed to put the damaged economy back on track.

‘There is a state but it is a totally bankrupt state,’ he said.

It means that the crisis in Europe is just beginning.  Things are going to be getting a lot worse.

Perhaps that is one reason why corporate insiders are dumping so much stock right now as I noted in my article yesterday entitled “Do Wall Street Insiders Expect Something Really BIG To Happen Very Soon?”  There are a whole host of signs that both the United States and Europe are heading for recession, and a lot of financial experts are warning that stocks are way overdue for a “correction”.

For example, Blackstone’s Byron Wien told CNBC the other day that he expects the S&P 500 to drop by 200 points during the first half of 2013.

Toward the end of 2012 and at the very beginning of 2013 we saw markets both in the U.S. and in Europe move up steadily even though the underlying economic fundamentals did not justify such a move.

In many ways, that move up reminded me of the “head fakes” that we have seen prior to many of the largest “market corrections” of the past.  Often financial markets are at their most “euphoric” just before a crash hits.

Even if you don’t have a penny in the financial markets, now is the time to prepare for what is ahead.

We all need to learn from what Europe is going through right now.  In Greece, formerly middle class citizens are now trampling one another for food.  We all need to prepare financially, mentally, emotionally, spiritually and physically so that we can weather the economic storm that is coming.

Most Americans are accustomed to living paycheck to paycheck and being constantly up to their eyeballs in debt, but that is incredibly foolish.  Even in the animal kingdom, animals work hard during the warm months to prepare for the winter months.  Even so, we should all be working very hard to prepare during prosperous times so that we will have something stored up for the lean years that are coming.

Unfortunately, if events in Europe are any indication, we may be rapidly running out of time. 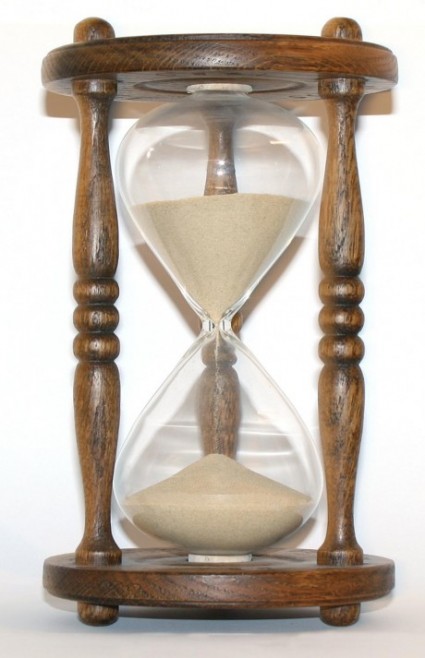