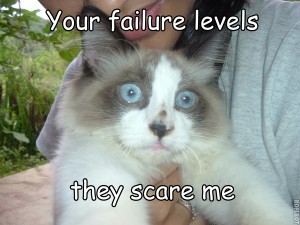 Share this list of shocking questions with everyone you know that needs to wake up.  Sometimes asking good questions is the best way to get someone that you care about to understand something.  When I attended law school, I became very familiar with something called “the Socratic method”.  It is a method that has been traditionally used in law schools all over the United States.  Law professors will bombard their students with questions, and the goal is to stimulate critical thinking and allow students to discover the answers for themselves.  Many times those of us that can see what is happening to this country get frustrated when we try to get others to see what is so apparent to us.  But instead of preaching to them, perhaps asking questions would be more helpful.  When you ask someone a question, they are almost forced to think about what you just said and come up with a response.  And without a doubt, the fact that America is in decline is undeniable.  Those that would choose to blindly have faith in the system are foolish, because it is glaringly obvious that the system is failing.  Our economy is heading for collapse and the world around us is becoming more unstable with each passing day.  So it shouldn’t be a surprise that the number of preppers in the United States is absolutely exploding.  Some estimates put the number of preppers in the U.S. as high as 3 million, and the movement continues to explode.

So exactly what is a “prepper”?  Well, the truth is that there is a tremendous amount of diversity among the people that fall under that label.

To me, you don’t have to move to Montana and store 500 cases of MREs in a nuclear fallout shelter to be considered a prepper.  I believe that anyone that can see a very serious crisis coming and that is taking steps to prepare for that crisis would be considered a prepper.  You might be living next to one and never even know it.  Many families have converted spare rooms into food pantries or are taking survival training on the weekends.  Others have renewed their interest in gardening or have started to invest in precious metals.  As far as I am concerned, anything that you can do to become more self-sufficient and more independent of the system is a good thing, because the system is rapidly failing.

Perhaps you are reading this and you are thinking that people who are “preparing for disaster” are being rather foolish.  Well, I encourage you to read the list of questions that I have compiled below and come to your own conclusions.

#1 Why are sales of physical silver coins breaking all sorts of all-time records?  The U.S. Mint is on pace to sell more silver eagles during the first month of 2013 than it did during the entire year of 2007.

#2 Why has Germany announced that it will be moving gold from New York and Paris to its own vaults back home?  Is this a sign of a breakdown in trust among global central banks?

#3 Why is China systematically hoarding gold?

#4 Why have billionaires such as George Soros and John Paulson been hoarding massive amounts of gold?

#5 Why are billionaires buying up so much ranch land up in Montana?

#6 Why is Russia warning that we are rapidly approaching a global “currency war”?

#7 Why has Barack Obama chosen this moment to launch an all-out attack on the Second Amendment?

#8 Why does Barack Obama want doctors to ask their patients questions about firearms?

#9 Why is there an incredibly severe nationwide ammunition shortage all of a sudden?

#10 Why has a bill been introduced in the U.S. House of Representatives that “would ban Internet or mail order ammunition purchases“?

#11 Why are gun control advocates such as Piers Morgan pushing for us to become more like the UK when the UK actually has a much higher violent crime rate than we do?

#12 Why was a Forbes article that made a connection between the use of psychiatric drugs and the mass shootings that we have seen in recent years almost immediately taken down from the Internet?

#13 Why does the federal government want to start putting “black boxes” in all new motor vehicles?

#14 Why are some U.S. states now using computers to predict “future crimes“?

#15 Why are “black-clad federal SWAT teams” raiding farms and ranches all over the United States?

#16 Why are we all being trained to spy on one another?

#17 Why are highly advanced facial recognition cameras being put up all over the United States?

#18 Why have police departments all over America begun to deploy unmanned surveillance drones in the skies over our cities?

#19 Why are schools all over America beginning to require students to carry IDs with RFID microchips in them wherever they go?

#20 Why are more Americans not outraged that nearly 400 TSA employees have been fired for stealing from travelers since 2003?

#21 Why are Americans not more outraged that TSA goons are manhandling the private areas of our women and our children in the name of “national security”?

#22 Why is an elderly survivor of the Nazi occupation of Austria, Kitty Werthmann, warning that America is heading down the exact same path that she experienced?

#23 If the economy is in good shape, then why are more than one out of every four U.S. workers with a 401(k) raiding those funds in order to pay current expenses?

#24 Why does the Federal Reserve continue to insist that the economy is “improving” when it obviously is not?

#25 Why can so few Americans explain how money is created in the United States?

#26 Why has the U.S. dollar declined in value by well over 95 percent since the Federal Reserve was created?

#27 Why is the U.S. national debt more than 5000 times larger than it was when the Federal Reserve was created?

#28 Why isn’t the mainstream media in the U.S. discussing the fact that the U.S. dollar is in danger of losing its status as the primary reserve currency of the world?

#31 Why is the middle class in America bringing home a smaller share of the overall income pie than has ever been recorded before?

#32 If the U.S. economy is producing a healthy number of good jobs, then why are we spending nearly a trillion dollars a year on welfare?

#33 If the U.S. economy is not collapsing, then why has the number of Americans on food stamps grown from 17 million in the year 2000 to more than 47 million today?

#34 If America is still an economic powerhouse, then why have we lost more than 56,000 manufacturing facilities since 2001?

#35 Why are we losing half a million jobs to China every single year?

#36 Why were one out of every ten homes sold in the state of California last year purchased by Chinese citizens?

#38 Why are so many Americans poor today?  According to the U.S. Census Bureau, more than 146 million Americans are either “poor” or “low income”.  Why is this happening?

#39 Why does the U.S. government have a website that teaches immigrants how to sign up for welfare programs once they arrive in the United States?

#40 Why has the number of gang members living in the United States risen by an astounding 40 percent just since 2009?

#41 Why does approximately one out of every three children in the United States live in a home without a father?  Can such a society prosper in the long run?

#42 Why are our supermarkets being flooded with genetically-modified foods when a whole host of studies have shown that they are potentially dangerous to human health?

#43 If the economy has “improved” during the Obama years, then why are hunger and poverty still absolutely skyrocketing in the United States?

#44 Why are more than a million public school students in the United States homeless?

#45 Why are more than 50 percent of all children in Detroit living in poverty?  Detroit used to be one of the greatest cities in the entire world.  How did such prosperity turn into such desolation?

#46 Why did a violent riot break out at an event where government-subsidized section 8 housing vouchers were being handed out in a suburb of Detroit earlier this month?  Is this the kind of unrest that we can expect to see all over the country when things get really bad?

#47 Why are cities all over the United States making it illegal to feed the homeless?

#48 Why is the UN trying to take control of the Internet?

#49 Why have global food supplies sunk to their lowest level in nearly 40 years?

#50 Why is global power concentrated in so few hands?  According to the Swiss Federal Institute, a network of 147 mega-corporations control 40 percent of all the wealth in the world, and in a previous article I described how just six obscenely powerful corporations completely dominate the media industry in the United States.  Is it good for such incredible power to be concentrated in the hands of so few people?

Please share this article with as many people as you can.  It only takes a few moments to share an article, but the person on the other end that reads it might have their life changed forever.

Do you have any questions that you think should be added to this list?  Please feel free to share your thoughts by leaving a comment below… 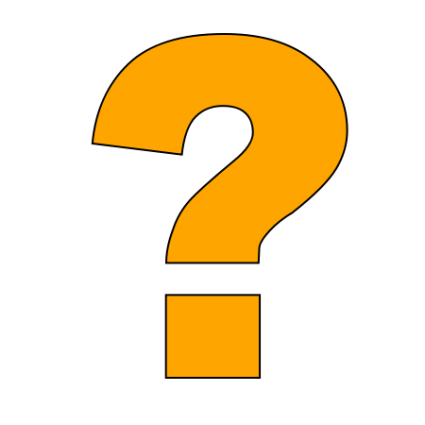