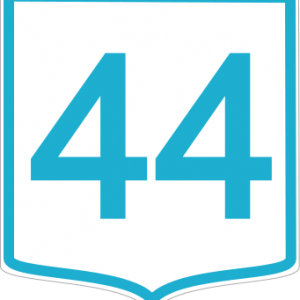 What is America going to look like when the middle class is dead?  Once upon a time, the United States has the largest and most vibrant middle class in the history of the world.  When I was growing up, it seemed like almost everyone was “middle class” and it was very rare to hear of someone that was out of work.  Of course life wasn’t perfect, but most families owned a home, most families had more than one vehicle, and most families could afford nice vacations and save for retirement at the same time.  Sadly, things have dramatically changed in America since that time.  There just aren’t as many “middle class jobs” as there used to be.  In fact, just six years ago there were about six million more full-time jobs in our economy than there are right now.  Those jobs are being replaced by part-time jobs and temp jobs.  The number one employer in America today is Wal-Mart and the number two employer in America today is a temp agency (Kelly Services).  But you can’t support a family on those kinds of jobs.  We live at a time when incomes are going down but the cost of living just keeps going up.  As a result, the middle class in America is being absolutely shredded and the ranks of the poor are steadily growing.  The following are 44 facts about the death of the middle class that every American should know…

1. According to one recent survey, “four out of five U.S. adults struggle with joblessness, near poverty or reliance on welfare for at least parts of their lives”.

2. The growth rate of real disposable personal income is the lowest that it has been in decades.

3. Median household income (adjusted for inflation) has fallen by 7.8 percent since the year 2000.

4. According to the U.S. Census Bureau, the middle class is taking home a smaller share of the overall income pie than has ever been recorded before.

5. The home ownership rate in the United States is the lowest that it has been in 18 years.

6. It is more expensive to rent a home in America than ever before.  In fact, median asking rent for vacant rental units just hit a brand new all-time record high.

7. According to one recent survey, 76 percent of all Americans are living paycheck to paycheck.

8. The U.S. economy actually lost 240,000 full-time jobs last month, and the number of full-time workers in the United States is now about 6 million below the old record that was set back in 2007.

10. One out of every ten jobs in the United States is now filled through a temp agency.

11. According to the Social Security Administration, 40 percent of all workers in the United States make less than $20,000 a year.

12. The ratio of wages and salaries to GDP is near an all-time record low.

15. At this point, one out of every four American workers has a job that pays $10 an hour or less.

16. According to one study, between 1969 and 2009 the median wages earned by American men between the ages of 30 and 50 declined by 27 percent after you account for inflation.

19. The average number of hours worked per employed person per year has fallen by about 100 since the year 2000.

21. When you total up all working age Americans that do not have a job, it comes to more than 100 million.

22. The average duration of unemployment in the United States is nearly three times as long as it was back in the year 2000.

23. The percentage of Americans that are self-employed has steadily declined over the past decade and is now at an all-time low.

24. Right now there are 20.2 million Americans that spend more than half of their incomes on housing.  That represents a 46 percent increase from 2001.

27. The total amount of student loan debt in the United States recently surpassed the one trillion dollar mark.

28. Total home mortgage debt in the United States is now about 5 times larger than it was just 20 years ago.

30. Consumer debt in the United States has risen by a whopping 1700% since 1971, and 46% of all Americans carry a credit card balance from month to month.

32. One study discovered that approximately 41 percent of all working age Americans either have medical bill problems or are currently paying off medical debt, and according to a report published in The American Journal of Medicine medical bills are a major factor in more than 60 percent of all personal bankruptcies in the United States.

33. Each year, the average American must work 107 days just to make enough money to pay local, state and federal taxes.

35. The number of Americans living in poverty has increased by more than 15 million since the year 2000.

36. Families that have a head of household under the age of 30 have a poverty rate of 37 percent.

37. At this point, approximately 25 million American adults are living with their parents.

40. Right now, the number of Americans on food stamps exceeds the entire population of the nation of Spain.

42. At this point, more than a million public school students in the United States are homeless.  This is the first time that has ever happened in our history.  That number has risen by 57 percent since the 2006-2007 school year.

43. According to U.S. Census data, 57 percent of all American children live in a home that is either considered to be “poor” or “low income”.

And not only is the middle class being systematically destroyed right now, we are also destroying the bright economic future that our children and our grandchildren were supposed to have by accumulating gigantic mountains of debt in their names.  The following is from a recent article by Bill Bonner…

Today, the U.S. lumbers into the future with total debt equal to about 350% of GDP. In Britain and Japan, the total is over 500%. Debt, remember, is the homage that the future pays to the past. It has to be carried, serviced… and paid. It has to be reckoned with… one way or another.

And the cost of carrying debt is going up! Over the last few weeks, interest rates have moved up by about 15% — an astounding increase for the sluggish debt market. How long will it be before long-term borrowing rates are back to “normal”?

At 5% interest, a debt that measures 3.5 times your revenue will cost about one-sixth of your income. Before taxes. After tax, you will have to work about one day a week to keep up with it (to say nothing of paying it off!).

That’s a heavy burden. It is especially disagreeable when someone else ran up the debt. Then you are a debt slave. That is the situation of young people today. They must face their parents’ debt. Even serfs in the Dark Ages had it better. They had to work only one day out of 10 for their lords and masters.

We were handed the keys to the greatest economic machine in the history of the planet and we wrecked it.

As young people realize that their futures have been destroyed, many of them are going to totally lose hope and give in to despair.

And desperate people do desperate things.  As our economy continues to crumble, we are going to see crime greatly increase as people do what they feel they need to do in order to survive.  In fact, we are already starting to see this happen.  Just this week, CNBC reported on the raging epidemic of copper theft that we are seeing all over the nation right now…

Copper is such a hot commodity that thieves are going after the metal anywhere they can find it: an electrical power station in Wichita, Kan., or half a dozen middle-class homes in Morris Township, N.J. Even on a Utah highway construction site, crooks managed to abscond with six miles of copper wire.

Those are just a handful of recent targets across the U.S. in the $1 billion business of copper theft.

“There’s no question the theft has gotten much, much worse,” said Mike Adelizzi, president of the American Supply Association, a nonprofit group representing distributors and suppliers in the plumbing, heating, cooling and industrial pipe industries.

The United States once had the greatest middle class in the history of the world, but now it it dying.

The American people don’t understand that these problems have taken decades to develop.  They just want someone to fix things.  They just want things to go back to the way that they used to be.

Unfortunately, the great economic storm that is coming is not going to be averted.

Get ready while you still can.  Time is running out.