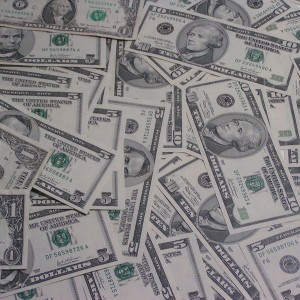 Will this be the year when the Fed’s quantitative easing program finally ends?  For a long time, many analysts were proclaiming that the Fed would never taper.  But then it started happening.  Then a lot of them started talking about how “the untaper” was right around the corner.  That hasn’t happened either.  It looks like that under Janet Yellen the Fed is quite determined to bring the quantitative easing program to a close by the end of this year.  Up until now, the financial markets have been slow to react because there has been a belief that the Fed would reverse course on tapering the moment that the U.S. economy started to slow down again.  But even though the U.S. middle class is in horrible shape, and even though there are lots of signs that we are heading into another recession, the Fed has continued tapering.

But when Yellen told the press that quantitative easing could end completely this fall and that the Fed could actually start raising interest rates about six months after that, it really spooked the markets.

The Dow was down 114 points on Wednesday, and the yield on 10 year U.S. Treasuries shot up to 2.77%.  The following is how CNBC described the reaction of the markets on Wednesday…

Despite a seemingly dovish tone, markets recoiled at remarks from Yellen, who said interest rate increases likely would start six months after the monthly bond-buying program ends. If the program winds down in the fall, that would put a rate hike in the spring of 2015, earlier than market expectations for the second half of the year.

Stocks tumbled as Yellen spoke at her initial post-meeting news conference, with the Dow industrials at one point sliding more than 200 points before shaving those losses nearly in half. Short-term interest rates rose appreciably, with the five-year note moving up 0.135 percentage points. The seven-year note tumbled more than one point in price.

But this is just the beginning.  When it finally starts sinking in, and investors finally start realizing that the Fed is 100% serious about ending the flow of easy money, that is when things will start getting really interesting.

Can the financial markets stand on their own without massive Fed intervention?

We shall see.  Even now there are lots of signs that a market crash could be coming up in the not too distant future.  For much more on this, please see my previous article entitled “Is ‘Dr. Copper’ Foreshadowing A Stock Market Crash Just Like It Did In 2008?”

And what is going to happen to the market for U.S. Treasuries once the Fed stops gobbling them up?

Where is the demand going to come from?

In recent months, foreign demand for U.S. debt has really started to dry up.  Considering recent developments in Ukraine, it is quite certain that Russia will not be accumulating any more U.S. debt, and China has announced that it is “no longer in China’s favor to accumulate foreign-exchange reserves” and China actually dumped about 50 billion dollars of U.S. debt during the month of December alone.

Collectively, Russia and China account for about a quarter of all foreign-owned U.S. debt.  If you take them out of the equation, foreign demand for U.S. debt is not nearly as strong.

Will domestic sources be enough to pick up the slack?  Or will we see rates really start to rise once the Fed steps to the sidelines?

And of course rates on U.S. government debt should actually be much higher than they are right now.  It simply does not make sense to loan the U.S. government massive amounts of money at interest rates that are far below the real rate of inflation.

If free market forces are allowed to prevail, it is inevitable that interest rates on U.S. debt will go up substantially, and that will mean higher interest rates on mortgages, cars, and just about everything else.

Of course the central planners at the Federal Reserve could choose to reverse course at any time and start pumping again.  This is the kind of thing that can happen when you don’t have a true free market system.

The truth is that the Federal Reserve is at the very heart of the economic and financial problems of this country.  When the Fed intervenes and purposely distorts the operation of free markets, the Fed creates economic and financial bubbles which inevitably burst later on.  We saw this happen during the great financial crisis of 2008, and now it is happening again.

This is what happens when you allow an unelected, unaccountable group of central planners to have far more power over our economy than anyone else in our society does.

Most people don’t realize this, but the greatest period of economic growth in all of U.S. history was when there was no central bank.

Since the Fed was created just over 100 years ago, the U.S. dollar has lost more than 96 percent of its value, and the size of the U.S. national debt has gotten more than 5000 times larger.  The Fed is at the very center of a debt-based financial system that has trapped us, our children and our grandchildren in an endless spiral of debt slavery.

And now we are on the verge of the greatest financial crisis that the United States has ever seen.  The economic and financial storm that is about to unfold is ultimately going to be even worse than the Great Depression of the 1930s.

Congress could have shut down the Federal Reserve long ago.

But our “leaders” never seriously considered doing such a thing, and the mainstream media kept telling all of us how much we desperately needed central planners to run our financial system.

Well, now those central planners have brought us to the brink of utter ruin, and yet only a small minority of Americans are calling for change.

Soon, we will all get to pay a great price for this foolishness.  A great financial storm is fast approaching, and it is going to be exceedingly painful.