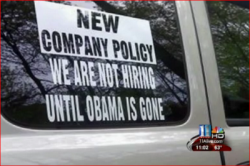 The global economy is heading for a massive amount of trouble in the months ahead.  Right now we are seeing the beginning of a credit crunch that is shaping up to be very reminiscent of what we saw back in 2008.  Investors and big corporations are pulling huge amounts of money out of European banks and nobody wants to lend to those banks right now.  We could potentially see dozens of “Lehman Brothers moments” in Europe in 2012.  Meanwhile, bond yields on sovereign debt are jumping through the roof all over Europe.  That means that European nations that are already drowning in debt are going to find it much more expensive to continue funding that debt.  It would be a huge understatement to say that there is “financial chaos” in Europe right now.  The European financial system is in so much trouble that it is hard to describe.  The instant that they stop receiving bailout money, Greece is going to default.  Portugal, Italy, Ireland, Spain and quite a few other European nations are also on the verge of massive financial problems.  When the financial dominoes start to fall, the U.S. financial system is going to be dramatically affected as well, because U.S. banks have a huge amount of exposure to European debt.  The other day, I noted that investor Jim Rogers is saying that the coming global financial collapse “is going to be worse” than 2008.  Sadly, it looks like he is right on the money.  We are in a lot of trouble my friends, and things are going to get really, really ugly.

The sad thing is that we never have recovered from the last major financial crisis.  Right now, the U.S. economy is far weaker than it was back in 2007.  So what is going to happen if we get hit with another financial tsunami?  The following is what PIMCO CEO Mohamed El-Erian said recently….

“What’s most terrifying, we are having this discussion about the risk of recession at a time when unemployment is already too high, at a time when a quarter of homeowners are underwater on their mortgages, at a time then the fiscal deficit is at 9 percent and at a time when interest rates are at zero.”

Can things really get much worse than they are now?

Unfortunately, yes they can.

Not that things are not really, really bad right now.

So how many people will be lining up for free food when the unemployment rate in the U.S. soars into double digits?

Right now there is so much economic pain in America that it is hard to describe.  According to a recent report from one nonprofit group, 45 percent of all people living in the United States “do not have enough money to cover housing, food, healthcare and other basic expenses”.

If this is where we are at now, how much trouble will we be in as a nation if a financial crisis worse than 2008 hits us in 2012?

The primary cause of the coming financial crisis will almost certainly be the financial meltdown that we are seeing unfold in Europe.

The economic downturn that began in 2008 caused the debt levels of quite a few European nations to soar to unprecedented heights.  It has gotten to the point where the debts of many of those nations are no longer sustainable.

So investors are starting to demand much higher returns for the much greater risk associated with investing in the bonds of those countries.

But that makes it much more expensive for those troubled nations to fund their debts, and that means that their financial troubles get even worse.

Over the past 12 months, what we have seen happen to bond yields over in Europe has been nothing short of amazing.

Just check out this chart of what has been happening to the yield on 2 year Italian bonds over the past 12 months.

And keep in mind that these bond yields have been spiking even while the European Central Bank has been buying up unprecedented mountains of bonds in an attempt to keep bond yields low.

There has been a fundamental loss of faith in the financial system, and it is not just happening in Europe.

Just check out this chart.  As that chart shows, credit default swap spreads all over the globe are absolutely skyrocketing and are now higher than we have seen at any point since the great financial crisis that shook the world during 2008 and 2009.

Panic and fear are everywhere – especially in Europe.  In fact, it looks like a run on the banks has already begun in Europe.

The following comes from a recent article in The Economist….

“We are starting to witness signs that corporates are withdrawing deposits from banks in Spain, Italy, France and Belgium,” an analyst at Citi Group wrote in a recent report. “This is a worrying development.”

Nobody wants to lend money to European banks right now.  There is a feeling that they are all vulnerable and could fail at any time, and this lack of confidence actually makes that possibility even more likely.

The following is a short excerpt from a recent CNBC article….

Money-market funds in the United States have quite dramatically slammed shut their lending windows to European banks. According to the Economist, Fitch estimates U.S. money market funds have withdrawn 42 percent of their money from European banks in general.

And for France that number is even higher — 69 percent. European money-market funds are also getting in on the act.

Well, in a different CNBC article, Mitchell Goldberg was quoted as saying that even “a bazooka” is not going to be good enough to fix this situation….

“It’s too late for a bazooka,” said Mitchell Goldberg, president of ClientFirst Strategy. “Now we need inter-continental ballistic missiles. This is getting worse very quickly.”

This is kind of like watching a horrific car wreck happen in very slow motion.

The financial system of Europe is dying and everybody can see what is happening but nobody can seem to find a way to fix it.

Not that we are solving our own problems here in the United States.

The vaunted “supercommittee” that was supposed to get a handle on our debt problem was a complete and utter failure.

Barack Obama has shown that he has no clue what to do when it comes to the economy, and Ben Bernanke has been preoccupied with roaming around the country trying to get people to feel more “warm and fuzzy” about the Federal Reserve.

The Federal Reserve actually has more power over our economy than anyone else.  But instead of fixing things they only keep making things even worse.

The only people that the Fed seems to be helping are the banksters.

What you are about to read should really, really upset you.  According to a recent article in the Wall Street Journal, the Federal Reserve has actually been tipping off their upcoming moves to top financial professionals.  In turn, these financial professionals have been using that information to make a lot of money for themselves and for their clients….

Hours after an Aug. 15 meeting with Federal Reserve Chairman Ben Bernanke in his office, Nancy Lazar made a hasty call to investor clients: The Fed was dusting off an obscure 1960s-era strategy known as Operation Twist.

The news pointed to a boom in long-term bonds.

It was a good call. Over the next five weeks, prices on 10-year Treasury bonds soared, offering double-digit returns in an otherwise dismal year.

By the time the Fed announced its $400 billion Operation Twist on Sept. 21, the window for quick profits had all but slammed shut.

Ms. Lazar is among a group of well-connected investors and analysts with access to top Federal Reserve officials who give them a chance at early clues to the central bank’s next policy moves, according to interviews and hundreds of pages of documents obtained by The Wall Street Journal through open records searches.

Not that Barack Obama should get a free pass for the role that he has played in this economic downturn.  He inherited a complete mess from Bush and has made it even worse.

Today, millions of business owners are so frustrated with Washington D.C. that they don’t know what to do.

For example, one business owner down in Georgia has posted signs with the following message on all of his company’s trucks….

“New Company Policy: We are not hiring until Obama is gone.”

The business environment in this country becomes more toxic with each passing year, and the federal government has already strangled millions of small businesses out of existence.

In addition, politicians from both parties continue to stand aside as tens of thousands of businesses, millions of jobs and hundreds of billions of dollars of our wealth get shipped out of the country.

During 2010, an average of 23 manufacturing facilities a day were shut down in the United States.  We are committing national economic suicide, and the top politicians in both political parties keep cheering for more.

Well, millions of ordinary Americans can see what is happening and they are preparing for the worst.

The following report comes from an article that was recently posted on the website of the local CBS affiliate in St. Louis….

A chain of three stores that sells survival food and gear reports a jump in sales to people who are getting prepared for the “possible collapse” of society.

“We had to order fifty cases of the meals ready to eat to keep up with the demand in the past three months,” said manager Steve Dorsey at Uncle Sam’s Safari Outfitters Inc. in Webster Groves. “That’s not normal.  Usually we sell 20 to 30 cases in a whole year.”

So are you prepared for the coming collapse?

If you still have a great job and things are still going well for you, then you should definitely be thankful.  Compared to the rest of the world, most of us are incredibly blessed.

But let there be no doubt, the U.S. economy is going to get a lot worse in the years ahead.

Just because you have a job today does not mean that you will have one tomorrow.

Just because you have a nice car and a big home today does not mean that you will have them tomorrow.

We all need to try to become a lot less dependent on “the system”, because “the system” is failing.

A whole lot of trouble is coming.