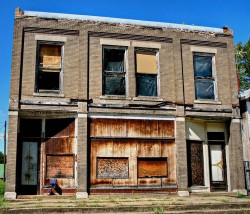 Uh oh – are we rapidly reaching another major economic tipping point?  According to a new CNN/ORC International Poll, 90 percent of the American people believe that economic conditions in the United States are “poor”.  This represents a significant increase from when the same question was asked in June.  Back then, 81 percent of the American people considered economic conditions to be “poor”.  To put this in perspective, only 11 percent of Americans rated economic conditions in the U.S. as “poor” back in January of 1999.  The Federal Reserve and the Obama administration keep telling us that we are in the middle of an “economic recovery”, but obviously what average Americans are experiencing on the street is a different story.  Millions of families have been absolutely devastated by mass layoffs, heartless foreclosures or bad debts.  All of the recent polls show that satisfaction with government is at an all-time low and anger at Wall Street and the financial community is rising to dangerous levels.  In the United States today, the economy is the most important issue for most Americans.  When you have 9 out of 10 Americans rating economic conditions as “poor”, that is a very troubling sign.

Many wealthy Americans consider it to be very painful when their investment portfolios go down by a few percentage points, but that is not the kind of economic pain that we are talking about.

The truth is that the vast majority of Americans in the bottom half of society do not even have investment portfolios.

What we are talking about is real economic pain.

As I have written about previously, the average American family is barely making it right now.  Tonight, a whole lot of American families will gather around their kitchen tables and will have some very nervous conversations about things such as making the next mortgage payment or how to pay the heating bill this upcoming winter.

Have you ever been at a point where you work as hard as you can and yet it is still not good enough to provide for your family?

If you have never been completely broke and at the end of your rope financially, then you should not judge the people who are going through it right now.

There are very real reasons why so many Americans are so incredibly depressed about the economy at the moment.

One recent poll found that 80 percent of the American people believe that we are actually in a recession right now.

Yes, that really is true.

Every month, tens of thousands of American families are still losing their homes to foreclosure, and we are on pace for record low new home sales once again in 2011.

Many families have gotten in debt up to their eyeballs in an effort to stay afloat.  According to a new study conducted by the BlackRock Investment Institute, the ratio of household debt to personal income in the United States is now 154 percent.

In case you are wondering, that is not good.

If you work for the system and you are near the top of the pyramid, life is good.

For nearly everyone else, life is a struggle.

If the ranks of the top income earners were populated by a huge number of entrepreneurs and small business owners, it wouldn’t be such a bad thing.

But instead, the reality is that most of the very wealthy either work in the financial community or they work for the biggest corporations.

True capitalism is supposed to create a very healthy environment for small businesses.

Instead, our current system suffocates them out of existence.

Our entire system is now tremendously slanted in favor of “the big guy” and against “the little guy”.

Millions of Americans are starting to get sick and tired of all of the economic injustice and the vast corruption that is endemic in our financial system.

As the economy has continued to decline, the anger and the frustration of average of Americans has reached a boiling point.

This is a big reason why we have seen the rise of new political movements in recent years.

Now, we are seeing the rise of the Occupy Wall Street movement.  Large numbers of frustrated Americans are flocking to these protests because they want an outlet for expressing the anger and frustration that they are feeling.  Unfortunately, there is quite a bit of evidence that the Occupy Wall Street movement was started and is being greatly aided by the liberal political establishment in this country.

What the American people need to do is to wake up and break out of the stale two party system.

Unfortunately, the American people have become so “dumbed down” that large chunks of them are absolutely clueless about what is really going on in this country.

Do you understand what that means?

It means that only 58 percent of Americans know enough about Federal Reserve Chairman Ben Bernanke to have an opinion about him.

That is so sad.

Ben Bernanke has more power over our economic problems than anyone else in the country, and yet only 30 percent of Americans have an unfavorable view of him.

How pathetic is that?

That is one of the reasons why I write about the Federal Reserve so much.

We need to get the American people educated.

If the American people get educated, they will feel empowered.

Where there is a lack of knowledge, the people perish.

The other day, a 51-year-old father of three daughters up in Minnesota that had just lost his job locked himself in his car and shot himself in the head in front of some of his former co-workers.

I don’t want to see anymore of that.

We need to give the American people some hope.  We need to explain to them exactly why this economic crisis is happening and what can be done to turn things around.

We also need to reach out to people that are in pain and love them and let them know that there is always hope.

There is always hope.  A reader of this column named “JD” went through all kinds of hell in recent years.  He lost his job, he lost his lady, he stayed in run down motels, he got meals wherever he could and he even slept in his car for a time.  But today he has a new job and his outlook on life is brighter than it has been in ages.

Things may not look good for you right now, but you must never give in.

No matter how bad things are, they can always be turned around.

Yes, the U.S. economy is going to continue to decline if we stay on our current path, but none of us must ever use that as an excuse to give up.

There is always hope.  You just have to keep on fighting.