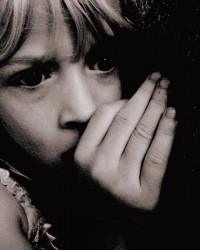 Will the bad financial news ever stop?  A lot of people in the financial world were hoping for a much better fourth quarter after an absolutely disastrous third quarter.  Well, if Monday was any indication, October could end up being a really rough month for global financial markets.  So much bad financial news keeps pouring in that it really is a challenge to try to keep track of it all.  Greece seems to get closer to defaulting on their debts with each passing day, and it appears that Germany is not going to contribute any more bailout money beyond what they have already committed to.  Major banks on both sides of the Atlantic are on the verge of collapse, and investors all over the world are afraid that we may have another “Lehman Brothers moment” soon.  Shares of American Airlines dropped a staggering 33 percent on Monday as rumors that they will soon be entering bankruptcy swirled.  Yes, things certainly are getting interesting.  Back in 2008, the governments of the western world saved the financial system with gigantic bailouts that were absolutely unprecedented.  If the financial system crashes again at some point in the coming weeks or months, will the political will for more bank bailouts be there?  If not, what is going to happen to the banking system?

On both sides of the Atlantic, the big banks are highly leveraged, they have taken on a ton of risk and they are very deeply exposed to derivatives.  It is as if virtually nobody learned any lessons during the financial crisis of 2008.  Once again we are facing a situation where if a couple of financial dominoes fall it could send dozens of others tumbling to the ground.

Some very significant things happened on Monday.  But the media has gotten so used to reporting on tremendous financial instability that Monday’s events mostly got brushed to the side.  Instead, Amanda Knox captured most of the headlines.

But the reality is that some really, really monumental stuff has been going down.

The following are 14 facts that just might scare the living daylights out of you….

#1 On Monday, the Dow was down 258 points.  Lately it seems as though the Dow has been going up or down by several hundred points almost every single day, and that much volatility is not a good sign for the health of the financial system.

#2 Shares of Wall Street banking giant Morgan Stanley fell by another 8 percent on Monday.  Overall, shares of Morgan Stanley have declined by more than 50 percent since February.

#4 There are reports that Goldman Sachs may actually show a loss for the third quarter of 2011 and that yearly bonuses for employees may be slashed to next to nothing.  Yes, not too many people are going to have sympathy for Goldman Sachs, but this just shows how bad things are getting out there for the big Wall Street banks.

#5 Normally Goldman Sachs is quite upbeat, but lately they have been coming out with some really frightening reports.  For example, a new report from Goldman Sachs declares that there is a 40 percent chance that we are entering a “Great Stagnation“.

#6 Shares of European banking giant Dexia plunged by about 10 percent on Monday on rumors that it will soon need a significant bailout.  The stocks of major banks all across Europe have been getting absolutely hammered for weeks.

#7 Shares of American Airlines fell by 33 percent on Monday on rumors that the airline is about to enter bankruptcy.  Amazingly, trading in the stock was stopped 7 different times on Monday.

#8 It is being reported that approximately 240 pilots for American Airlines have retired in the last two months alone.  All of those pilots are retiring so that they can shield their pensions from the upcoming bankruptcy filing.

#9 Nearly the entire airline industry got hit really hard on Monday.  Shares of United Continental, U.S. Airways and Delta were all down more than 10 percent.

#10 Overall, U.S. stocks fell by 14 percent during the third quarter of 2011, and now the fourth quarter is off to a very rocky start.

#11 The incoming head of the European Central Bank, Mario Draghi, has publicly admitted that major European banks are having “funding problems“.  Just like back in 2008, we are rapidly heading for a giant “credit crunch”.

#12 A shocking new Bloomberg survey has found that approximately one out of every three international investors expects a “global economic meltdown” within the next 12 months, and 70 percent of them believe that the global economy is “deteriorating”.  Perhaps they have been reading The Economic Collapse Blog too much.

#13 Financial markets in Europe were rocked on Monday when it was revealed that Greece is not going to hit the deficit reduction targets set for it either this year or next year despite all of the severe austerity measures that have already been implemented.  Needless to say, a lot of financial authorities in Europe were very displeased by this news.

#14 German Finance Minister Wolfgang Schaeuble is publicly declaring that Germany will not contribute any more money to the European bailout fund.

The truth is that the political will for more bailouts has totally dried up in Germany.

The recent vote by the Bundestag to approve money for the European rescue fund should not be misinterpreted.

That vote simply approved money that was part of a deal that was agreed to over two months ago.

What is more important is what many major German politicians said after the vote.  Essentially, the overwhelming consensus is that Germany is done contributing money.  Once the money is gone from the current bailout pool (which is not anywhere close to what is really needed), there will be no more money from Germany.

That means that the era of the bailouts in Europe is drawing to a close.

In a recent editorial, Ambrose Evans-Pritchard described the situation in Germany in this manner….

The furious debate over the erosion of German fiscal sovereignty and democracy – as well as the escalating costs of the EU rescue machinery – has made it absolutely clear that the Bundestag will not prop up the ruins of monetary union for much longer.

Horst Seehofer, the leader of Bavaria’s Social Christians, said his party would go “this far, and no further”.

Let that last phrase sink in.

Basically, what politicians all over Germany are saying is that Germany has now done all that it is going to do.

The implications of this are huge.

Ambrose Evans-Pritchard recognized this in his editorial.  In fact, the usually reserved journalist actually used all caps for six straight sentences and broke out some very strong language that is very uncharacteristic for him….

Basically, this is his way of saying that “the sky is falling” and that the financial system of Europe is doomed.

If you have followed the writing of Ambrose Evans-Pritchard for any length of time, then you know that he is one of the most respected financial journalists in the world and that he is not prone to indulge in much “doom and gloom”.  For him to say what he did is very significant.

But even if there were no financial problems in Europe, the United States would probably be slipping into another recession anyway.

Right now our economy is a total mess, and all kinds of people are coming out of the woodwork and are trying to take credit for “calling” the upcoming recession.

Some of the pronouncements are so bold that you would think that some half-crazed blogger wrote them.  For example, just check out the following quote from a report recently put out by the Economic Cycle Research Institute….

“Here’s what ECRI’s recession call really says: If you think this is a bad economy, you haven’t seen anything yet.”

But do the American people really need some experts to tell them that we are going into another recession?

The American people know what is going on.

So perhaps the American people are actually ahead of most of the so-called “experts”.

In any event, economic conditions in the United States continue to get worse.  The average American family is having a harder and harder time getting to the end of each month.  According to a Harris Interactive survey taken near the end of last year, 77 percent of all Americans are now living paycheck to paycheck.  In 2007, the same survey found that only 43 percent of Americans were living paycheck to paycheck.

At least Barack Obama is not talking so much about an “economic recovery” these days.  When asked recently if Americans are better off today than they were four years ago, Obama said the following….

“Well, I don’t think they’re better off than they were four years ago.”

Finally, something that we can all agree with Barack Obama about.

Sadly, things are about to get even worse.

Pay close attention to all of the bad financial news that keeps pouring in.

When the current bailout fund in Europe runs out in a few months, things could really start to unravel.

If Greece (or any other eurozone nation for that matter) defaults, it could set off a chain of financial events so catastrophic that it just might scare the living daylights out of all of us.

Tremendous fear and panic has gripped the financial world, and the underlying problems causing this crisis are not going to be solved any time soon.

We are about to enter unprecedented territory.