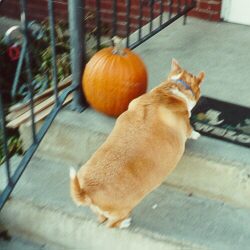 I know, there really isn’t any good news in that headline.  Americans are steadily getting poorer, fatter and sicker and yet most people continue to operate under the delusion that things are somehow going to get better.  Sadly, not only are we not better off than we were four years ago, the truth is that things have been getting worse for a very long time.  Median household income in the United States has declined for four years in a row, and it has fallen by more than $4000 overall since Barack Obama has been in the White House.  Yet the media insists that we are in the midst of an “economic recovery”.  A higher percentage of Americans are obese or severely obese than ever before, and Baby Boomers are much sicker than their parents were at the same age.  Yet we are supposedly a “health conscious” nation.  Technology is advancing faster than we have ever seen before in human history, but the life expectancy of poor Americans has dropped significantly in recent years.  So exactly what in the world is going on here?

It seems like there is a health food store or a vitamin store on almost every corner, and yet as a whole we are in much worse condition than our parents were.  The following is from a recent news story by the CBS News affiliate in Washington D.C.….

Obesity among baby boomers is more than double the rate of their parents at the same age, and boomers with three or more chronic conditions was 700 percent greater than the previous generation.

But it isn’t just the Baby Boomers that are obese.  Sadly, obesity has become a raging epidemic in America and all of the numbers show this.

For example, a study by the RAND corporation discovered that the percentage of Americans that are severely obese rose from 3.9 percent in the year 2000 to 6.6 percent in 2010.

That is a huge increase in just a decade.

And the numbers are even more sobering when you look at the percentage of Americans that are just obese (rather than being severely obese).

As I wrote about the other day, 36 percent of all Americans are considered to be obese, and it is being projected that by 2030 that number will rise to 42 percent.

To put that in perspective, it is important to note that only 13 percent of all Americans were obese back in 1962.

Sadly, not only are we getting fatter, many of us are also living shorter lives.

In a previous article, I quoted a CBS News story that discussed recent research which shows that the lifespans of poor Americans have been dropping rapidly in recent years….

Why are people not living as long?

Well, our lifestyles certainly are not helping things.  The average American watches 28 hours of television every single week.  That is not conducive to a long and happy life.

But of course a lot of other factors are at play as well.

Unfortunately, average Americans have steadily seen their incomes drop even as the cost of living has continued to go up.  The following is from a recent article posted on Investors.com….

Since 2009, the middle 20% of American households saw their average incomes drop 4%. In 2011 alone, they fell 1.7%. The poorest 20% have fared even worse under Obama, Census data show. Their incomes have dropped more than 7% since 2009, and are now lower than they’ve been at any time since 1985, after adjusting for inflation.

So which state saw the worst decline in median household income during that time period?

Would you be surprised to hear that it was Michigan?

Between 2000 and 2011, median household income in Michigan dropped by a whopping 18.9 percent.

I have written extensively about how Detroit is a perfect example of where most of the rest of the country is headed.  The manufacturing facilities are being torn down and Detroit has become a rotting shell of what it once was.

You can see 30 pictures of the ruins of Detroit right here, and you can view a great video of a homeless man giving a very creepy tour of Detroit’s abandoned Michigan Central Station right here.

So what part of the country do you think has done the best over the past decade?

If you guessed Washington D.C. you would be correct.

Of course this “prosperity” for the D.C. area can be directly attributed to the explosion in the growth of the federal government.

Members of Congress and government workers are living the high life at your expense, and much of it is being done with borrowed money that we expect our children and our grandchildren to repay.

You would be absolutely shocked to learn what goes on at some of these federal agencies.  For example, the following was revealed by a former Social Security Administration employee recently in the Baltimore Sun….

It is not uncommon to see employees taking lunches lasting up to two hours. Often, a day at the office is nothing more than seeing people sleep at their desks or watch movies on their computers. With a few exceptions, employees with goals and expectations of some sort are nowhere to be found inside the walls of SSA.

I once saw an older employee take 10 smoke breaks in one afternoon and do absolutely no work when he was at his desk. He told me he was just waiting it out until he could get more retirement money. Several elderly individuals literally died right at their desks because they refused to retire. A lack of professionalism was obvious in the way the employees dressed and most apparently in their juvenile, non-professional language.

Would you like to have a job where you can sleep at your desk, take two hour lunches and watch movies on your computer all day?

If so, then working for the federal government might be for you.

Of course this does not happen at all federal agencies.  At some agencies the employees actually are very professional.  However, there are other agencies that are even worse than the Social Security Administration.

The sad truth is that what is wrong with our society is not limited to the White House and Congress.  They are simply a reflection of who we have become.  Our problems are very wide and very deep.

So why do you think Americans are getting poorer, fatter and sicker? 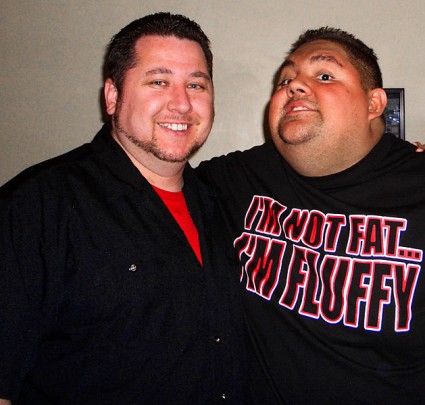