The U.S. dollar has probably been the closest thing to a true global currency that the world has ever seen.  For decades, the use of the U.S. dollar has been absolutely dominant in international trade.  This has had tremendous benefits for the U.S. financial system and for U.S. consumers, and it has given the U.S. government tremendous power and influence around the globe.  Today, more than 60 percent of all foreign currency reserves in the world are in U.S. dollars.  But there are big changes on the horizon.  The mainstream media in the United States has been strangely silent about this, but some of the biggest economies on earth have been making agreements with each other to move away from using the U.S. dollar in international trade.  There are also some oil producing nations which have begun selling oil in currencies other than the U.S. dollar, which is a major threat to the petrodollar system which has been in place for nearly four decades.  And big international institutions such as the UN and the IMF have even been issuing official reports about the need to move away form the U.S. dollar and toward a new global reserve currency.  So the reign of the U.S. dollar as the world reserve currency is definitely being threatened, and the coming shift in international trade is going to have massive implications for the U.S. economy.

So China is sitting there and wondering why the U.S. dollar should continue to be so preeminent if the Chinese economy is about to become the number one economy on the planet.

Over the past few years, China and other emerging powers such as Russia have been been quietly making agreements to move away from the U.S. dollar in international trade.  The supremacy of the U.S. dollar is not nearly as solid as most Americans believe that it is.

As the U.S. economy continues to fade, it is going to be really hard to argue that the U.S. dollar should continue to function as the primary reserve currency of the world.  Things are rapidly changing, and most Americans have no idea where these trends are taking us.

The following are 10 reasons why the reign of the dollar as the world reserve currency is about to come to an end….

#1 China And Japan Are Dumping the U.S. Dollar In Bilateral Trade

A few months ago, the second largest economy on earth (China) and the third largest economy on earth (Japan) struck a deal which will promote the use of their own currencies (rather than the U.S. dollar) when trading with each other.  This was an incredibly important agreement that was virtually totally ignored by the U.S. media.  The following is from a BBC report about that agreement….

China and Japan have unveiled plans to promote direct exchange of their currencies in a bid to cut costs for companies and boost bilateral trade.

The deal will allow firms to convert the Chinese and Japanese currencies directly into each other.

Currently businesses in both countries need to buy US dollars before converting them into the desired currency, adding extra costs.

#2 The BRICS (Brazil, Russia, India, China, South Africa) Plan To Start Using Their Own Currencies When Trading With Each Other

The BRICS continue to flex their muscles.  A new agreement will promote the use of their own national currencies when trading with each other rather than the U.S. dollar.  The following is from a news source in India….

The five major emerging economies of BRICS — Brazil, Russia, India, China and South Africa — are set to inject greater economic momentum into their grouping by signing two pacts for promoting intra-BRICS trade at the fourth summit of their leaders here Thursday.

The two agreements that will enable credit facility in local currency for businesses of BRICS countries will be signed in the presence of the leaders of the five countries, Sudhir Vyas, secretary (economic relations) in the external affairs ministry, told reporters here.

The pacts are expected to scale up intra-BRICS trade which has been growing at the rate of 28 percent over the last few years, but at $230 billion, remains much below the potential of the five economic powerhouses.

#4 The Growing Use Of Chinese Currency In Africa

Who do you think is Africa’s biggest trading partner?

It isn’t the United States.

In 2009, China became Africa’s biggest trading partner, and China is now aggressively seeking to expand the use of Chinese currency on that continent.

“We expect at least $100 billion (about R768 billion) in Sino-African trade – more than the total bilateral trade between China and Africa in 2010 – to be settled in the renminbi by 2015.”

China seems absolutely determined to change the way that international trade is done.  At this point, approximately 70,000 Chinese companies are using Chinese currency in cross-border transactions.

China and the United Arab Emirates have agreed to ditch the U.S. dollar and use their own currencies in oil transactions with each other.

Iran has been one of the most aggressive nations when it comes to moving away from the U.S. dollar in international trade.  For example, it has been reported that India will begin to use gold to buy oil from Iran.

Tensions between the U.S. and Iran are not likely to go away any time soon, and Iran is likely to continue to do what it can to inflict pain on the United States in the financial world.

Who imports the most oil from Saudi Arabia?

It is not the United States.

Rather, it is China.

As I wrote about the other day, China imported 1.39 million barrels of oil per day from Saudi Arabia in February, which was a 39 percent increase from one year earlier.

Saudi Arabia and China have teamed up to construct a massive new oil refinery in Saudi Arabia, and leaders from both nations have been working to aggressively expand trade between the two nations.

So how long is Saudi Arabia going to stick with the petrodollar if China is their most important customer?

The United Nations has been issuing reports that openly call for an alternative to the U.S. dollar as the reserve currency of the world.

In particular, one UN report envisions “a new global reserve system” in which the U.S. no longer has dominance….

“A new global reserve system could be created, one that no longer relies on the United States dollar as the single major reserve currency.”

The International Monetary Fund has also published a series of reports calling for the U.S. dollar to be replaced as the reserve currency of the world.

Global sentiment toward the United States has dramatically shifted, and this should not be underestimated.

Decades ago, we were one of the most loved nations on earth.

Now we are one of the most hated.

If you doubt this, just do some international traveling.

Even in Europe (where we are supposed to have friends), Americans are treated like dirt.  Many American travelers have resorted to wearing Canadian pins so that they will not be treated like garbage while traveling over there.

If the rest of the world still loved us, they would probably be glad to continue using the U.S. dollar.  But because we are now so unpopular, that gives other nations even more incentive to dump the dollar in international trade.

So what will happen if the reign of the U.S. dollar as the world reserve currency comes to an end?

Well, some of the potential effects were described in a recent article by Michael Payne….

“The demise of the dollar will also bring radical changes to the American lifestyle. When this economic tsunami hits America, it will make the 2008 recession and its aftermath look like no more than a slight bump in the road. It will bring very undesirable changes to the American lifestyle through massive inflation, high interest rates on mortgages and cars, and substantial increases in the cost of food, clothing and gasoline; it will have a detrimental effect on every aspect of our lives.”

Most Americans don’t realize how low the price of gasoline in the United States is compared to much of the rest of the world.

There are areas in Europe where they pay about twice what we do for gasoline.  Yes, taxes have a lot to do with that, but the fact that the U.S. dollar is used for almost all oil transactions also plays a significant role.

Today, America consumes nearly a quarter of the world’s oil.  Our entire economy is based upon our ability to cheaply transport goods and services over vast distances.

So what happens if the price of gasoline doubles or triples from where it is at now?

In addition, if the reign of the U.S. dollar as global reserve currency ends, the U.S. government is going to have a much harder time financing its debt.

Right now, there is a huge demand for U.S. dollars and for U.S. government debt since countries around the world have to keep huge reserves of U.S. currency lying around for the sake of international trade.

But what if that all changed?

What if the appetite for U.S. dollars and U.S. debt dried up dramatically?

At the moment, the global financial system is centered on the United States.

But that will not always be the case.

The things talked about in this article will not happen overnight, but it is important to note that these changes are picking up steam.

Under the right conditions, a shift in momentum can become a landslide or an avalanche.

Clearly, the conditions are right for a significant move away from the U.S. dollar in international trade.

So when will this major shift occur? 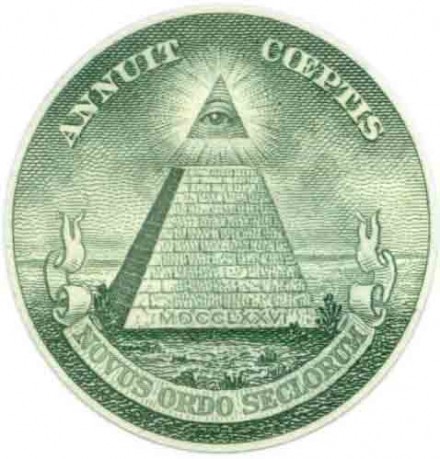