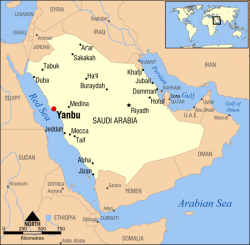 The largest oil exporter in the Middle East has teamed up with the second largest consumer of oil in the world (China) to build a gigantic new oil refinery and the mainstream media in the United States has barely even noticed it.  This mammoth new refinery is scheduled to be fully operational in the Red Sea port city of Yanbu by 2014.  Over the past several years, China has sought to aggressively expand trade with Saudi Arabia, and China now actually imports more oil from Saudi Arabia than the United States does.  In February, China imported 1.39 million barrels of oil per day from Saudi Arabia.  That was 39 percent higher than last February.  So why is this important?  Well, back in 1973 the United States and Saudi Arabia agreed that all oil sold by Saudi Arabia would be denominated in U.S. dollars.  This petrodollar system was adopted by almost the entire world and it has had great benefits for the U.S. economy.  But if China becomes Saudi Arabia’s most important trading partner, then why should Saudi Arabia continue to only sell oil in U.S. dollars?  And if the petrodollar system collapses, what is that going to mean for the U.S. economy?

Those are very important questions, and they will be addressed later on in this article.  First of all, let’s take a closer look at the agreement reached between Saudi Arabia and China recently.

The following is how the deal was described in a recent China Daily article….

In what Riyadh calls “the largest expansion by any oil company in the world”, Sinopec’s deal on Saturday with Saudi oil giant Aramco will allow a major oil refinery to become operational in the Red Sea port of Yanbu by 2014.

The $8.5 billion joint venture, which covers an area of about 5.2 million square meters, is already under construction. It will process 400,000 barrels of heavy crude oil per day. Aramco will hold a 62.5 percent stake in the plant while Sinopec will own the remaining 37.5 percent.

At a time when the U.S. is actually losing refining capacity, this is a stunning development.

Yet the U.S. press has been largely silent about this.

But China is not just doing deals with Saudi Arabia.  China has also been striking deals with several other important oil producing nations.  The following comes from a recent article by Gregg Laskoski….

China’s investment in oil infrastructure and refining capacity is unparalleled. And more importantly, it executes a consistent strategy of developing world-class refining facilities in partnership with OPEC suppliers. Such relationships mean economic leverage that could soon subordinate U.S. relations with the same countries.

Egypt is building its largest refinery ever with investment from China.

Shortly after the partnership with Egypt was announced, China signed a $23 billion agreement with Nigeria to construct three gasoline refineries and a fuel complex in Nigeria.

Essentially, China is running circles around the United States when it comes to locking up strategic oil supplies worldwide.

And all of these developments could have tremendous implications for the future of the petrodollar system.

In 1973, a deal was struck between Saudi Arabia and the United States in which every barrel of oil purchased from the Saudis would be denominated in U.S. dollars. Under this new arrangement, any country that sought to purchase oil from Saudi Arabia would be required to first exchange their own national currency for U.S. dollars. In exchange for Saudi Arabia’s willingness to denominate their oil sales exclusively in U.S. dollars, the United States offered weapons and protection of their oil fields from neighboring nations, including Israel.

By 1975, all of the OPEC nations had agreed to price their own oil supplies exclusively in U.S. dollars in exchange for weapons and military protection.

Once you understand the petrodollar system, it becomes much easier to understand why our politicians treat Saudi leaders with kid gloves.  The U.S. government does not want to see anything happen that would jeopardize the status quo.

A recent article by Marin Katusa described some more of the benefits that the petrodollar system has had for the U.S. economy….

The “petrodollar” system was a brilliant political and economic move. It forced the world’s oil money to flow through the US Federal Reserve, creating ever-growing international demand for both US dollars and US debt, while essentially letting the US pretty much own the world’s oil for free, since oil’s value is denominated in a currency that America controls and prints. The petrodollar system spread beyond oil: the majority of international trade is done in US dollars. That means that from Russia to China, Brazil to South Korea, every country aims to maximize the US-dollar surplus garnered from its export trade to buy oil.

The US has reaped many rewards. As oil usage increased in the 1980s, demand for the US dollar rose with it, lifting the US economy to new heights. But even without economic success at home the US dollar would have soared, because the petrodollar system created consistent international demand for US dollars, which in turn gained in value. A strong US dollar allowed Americans to buy imported goods at a massive discount – the petrodollar system essentially creating a subsidy for US consumers at the expense of the rest of the world. Here, finally, the US hit on a downside: The availability of cheap imports hit the US manufacturing industry hard, and the disappearance of manufacturing jobs remains one of the biggest challenges in resurrecting the US economy today.

So what happens if the petrodollar system collapses?

Well, for one thing the value of the U.S. dollar would plummet big time.

U.S. consumers would suddenly find that all of those “cheap imported goods” would rise in price dramatically as would the price of gasoline.

If you think the price of gas is high now, you just wait until the petrodollar system collapses.

In addition, there would be much less of a demand for U.S. government debt since countries would not have so many excess U.S. dollars lying around.

So needless to say, the U.S. government really needs the petrodollar system to continue.

But in the end, it is Saudi Arabia that is holding the cards.

If Saudi Arabia chooses to sell oil in a currency other than the U.S. dollar, most of the rest of the oil producing countries in the Middle East would surely do the same rather quickly.

And we have already seen countries in other parts of the world start to move away from using the U.S. dollar in global trade.

For example, Russia and China have agreed to now use their own national currencies when trading with each other rather than the U.S. dollar.

That got virtually no attention in the U.S. media, but it really was a big deal when it was announced.

A recent article by Graham Summers summarized some of the other moves away from the U.S. dollar in international trade that we have seen recently….

Indeed, officials from China, India, Brazil, Russia, and South Africa (the latest addition to the BRIC acronym, now to be called BRICS) recently met in southern China to discuss expanding the use of their own currencies in foreign trade (yet another move away from the US Dollar).

The trend here is obvious. The US Dollar’s reign as the world’s reserve currency is ending. The process will take time to unfold. But the Dollar will be finished as reserve currency within the next five years.

Yes, the days of the U.S. dollar being the primary reserve currency of the world are definitely numbered.

It will not happen overnight, but as the U.S. economy continues to get weaker it is inevitable that the rest of the world will continue to question why the U.S. dollar should automatically have such a dominant position in international trade.

Over the next few years, keep a close eye on Saudi Arabia.

When Saudi Arabia announces a move away from the petrodollar system, that will be a major trigger event for the global financial system and it will be a really, really bad sign for the U.S. economy.