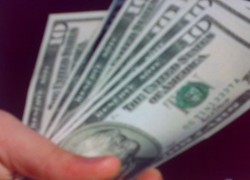 More Americans than ever are desperate for money and many of them will do just about anything to get it.  The crumbling U.S. economy has pushed millions of ordinary Americans to the brink of utter desperation.  When it comes time to choose between being able to survive or breaking the law, many people are choosing to break the law.  These days it seems like Americans will do just about anything for money.  All over the country, there are areas where just about anything that is not bolted down is being stolen.  A lot of people have resorted to making money however they can – selling drugs, selling their bodies, shoplifting, invading homes, taking bribes, running credit card scams and even stealing from their own family members.  You will have a hard time believing some of the things that you are about to read below.  When people have their backs pushed up against the wall, often they find that they are willing to do things that they never imagined that they would do.  Things are getting crazy out there on the streets of America, and as the economy continues to decline things are going to get a lot crazier.

The following are 15 examples that show many Americans have become so desperate that they will do just about anything for money….

#1 In Utah, one unemployed 28 year old man is offering to be “human prey” for hunters for the bargain price of $10,000.  For an additional $2,000, he will let people hunt him down while he is running around naked.

#2 The Huffington Post is reporting that there has been an epidemic of air conditioning thefts all over the United States….

Across the country, in states like Illinois, Texas, Arizona, Georgia and Florida, there have been reports of thieves stealing unsecured air conditioning units weighing as much as 125 pounds.

#3 In Corpus Christi, Texas thieves have actually been breaking into funeral homes in order to steal the embalming fluid.

#4 Even police officers are committing desperate acts these days.  Just check out what one police officer in Chicago is charged with doing….

A Chicago Police officer stole $50,000 from his ailing elderly father to pay off his bills and gambling debts and unsuccessfully attempted to swipe his dad’s retirement savings by impersonating him

#5 Nothing is off limits to thieves these days.  Criminals recently broke into a southwest Atlanta beauty supply store and took off with $30,000 in hair extensions.

#6 In another area of Atlanta, thieves have been breaking down walls and busting bathroom fixtures with sledgehammers in order to get their hands on copper, brass and steel….

Kids in two Atlanta communities won’t have their neighborhood pools to help beat the summer heat, at least for now. Thieves used what is believed to be sledge hammers to bust walls and break fixtures in bathrooms at Adams and South Bend parks to steal copper, brass and steel.

#7 One grandmother in Florida has been accused of trying to sell her newborn grandson for $75,000.

#8 In Antioch, California a total of approximately 300 power poles were recently knocked down by thieves and stripped of their copper wiring.

#10 In Asheville, North Carolina thieves recently took off with 4 metal tables and 16 metal chairs that were sitting outside a pizzeria.

#11 In Florida, thieves have actually been stealing storm drain covers.

#12 In Oregon, thieves recently broke into a Salvation Army community center and stole 3 large air conditioning units.  Now all the people that come to that facility for help and for community programs this summer will be absolutely sweltering.

#13 In the Cleveland area, two young boys that had set up a lemonade stand were robbed in broad daylight.  The crooks got away with approximately 12 dollars.

#14 In Oklahoma, thieves recently broke into a church and stole “arts and crafts supplies meant to help teach bible stories to children“.

#15 A 59 year old man from North Carolina named Richard James Verone was so desperate for money that he actually robbed a bank and got caught on purpose so that he could be put in prison and be given free health care.

One day Verone walked into an RBC Bank in North Carolina, handed a clerk a note demanding exactly one dollar and sat down and waited for the police to arrive and arrest him.

Verone has a growth on his chest and two ruptured disks but he does not have any health insurance.  He is hoping that in prison he will get the medical treatment that he needs.

As society continues to unravel, prison is going to look like an appealing option for more and more people.

At least in prison you get fed, you have a roof over your head and they will take care of your medical needs.

For a whole lot of Americans, that would be a major step up.

Have you noticed that the thin veneer of civilization that we all take for granted is starting to disappear?

America is becoming a cold, cruel place and lawlessness is everywhere.

For many more signs that our society is starting to crumble, please see these two articles….

For ages, Americans have looked down on the crime and the depravity that goes on in other areas of the world.

Well, now America has all of the crime and depravity it can handle and it is going to get a lot worse as millions of formerly middle class Americans descend into poverty.

A regular commenter on my website who identifies himself as “El Pollo de Oro” recently described the kind of chaos that he believes is coming to the streets of America….

I live in Philadelphia, a city that used to have a ton of blue-collar manufacturing jobs as well as a great deal of white-collar employment, but the blue-collar manufacturing jobs have disappeared–and on the white-collar side, a college degree isn’t necessarily the ticket to prosperity it once was. Philly has its share of nasty, dangerous ghetto areas as well as ritzy, upscale areas like Rittenhouse Square. But then, there are parts of Mexico City that look like Beverly Hills except that the signs are en español. A minority of Chilangos are filthy rich, which is what you expect in a Third World country: an uber-rich minority and a poor majority. And when The Banana Republic of America (formerly the USA) signed on for globalism and ignored Ross Perot’s warning, it opted to become a Third World country—which means that you can kiss the American middle class goodbye.

But there will be some growth industries in The Banana Republic of America: kidnapping, drug smuggling, murder for hire, carjacking, armed robbery. And if you want a taste of what life will be like in American cities in the future, just spend a few weeks in Guatemala City, Johannesburg or Caracas—all of which have the type of horrible crime rates that BRA cities can look forward to in the future. Desperate people do desperate things, and hardcore desperation will be in the norm in the BRA. It won’t be fun (unless, of course, being robbed at gunpoint in broad daylight is one’s idea of a good time).

America is changing.  The safe, secure environment that we all used to take for granted is dying.  The number of truly desperate people rises by the day, and many of those desperate people are willing to do just about anything for money.

The United States used to have a thriving middle class, but our economic system has been so manipulated over the decades that now almost all of the economic rewards go to the very top of the food chain.

In the United States today, we are actually witnessing the death of the middle class.  Our jobs have been shipped overseas, the banks have enslaved us to debt, the government keeps finding more ways to tax us and the Federal Reserve keeps debasing our currency.

Everywhere you go, despair is in the air.  According to a brand new Reuters/Ipsos poll, 63 percent of Americans believe that the nation is on the wrong track.

Fortunately, many Americans are responding to these signs of trouble by preparing.

One local Oklahoma newspaper recently did an article that profiled a few of the growing number of Americans that are preparing for hard times….

Rod and Lauretta Smith estimate they could survive a year without going to the grocery store.

A large garden on their 5-acre property in south Tulsa produces hundreds of quarts of canned and frozen beans, tomatoes and other vegetables. Chickens provide eggs.

The Smiths are among a small but growing number of people stocking up on food to become more self-reliant in a time marked by natural disasters and economic uncertainty.

The truth is that all of us should try to become less dependent on the system.  The Democrats, the Republicans, the Federal Reserve and the big corporations are not there to help you.  They are not going to come riding to the rescue if you lose your job and your home.

We all need to do what we can to become more independent and to prepare ourselves and our families for the incredibly difficult economic times that are inevitably coming.  Those that have faith that their jobs will always be there or that the government will always take care of them will be deeply disappointed.

The system is dying and society is coming apart.

The only rational thing to do is to prepare for what is coming.