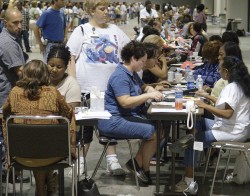 A higher percentage of the American population is receiving government benefits than ever before.  Yes, there have always been poor people that have needed our assistance, but what does it say about our economy that the number of Americans dependent on the government is at an all-time high?  Every night on the evening news we are told that the economy is improving, and Barack Obama is endlessly giving speeches about the “economic recovery” that is supposedly underway.  But that is not the reality on the ground for those on the bottom rungs of the income ladder in America.  People are really hurting out there, and the number of Americans that are turning to the government for financial assistance just continues to increase.  Yes, we should always have a “safety net”, but right now our “safety net” is becoming massively overloaded as millions more Americans jump on to it every single year.  What all of these impoverished Americans really need are jobs, but the U.S. Congress and the past several administrations have been systematically killing job growth in America.  So unfortunately the number of poor Americans is going to continue to rise, and that is really bad news for a nation that is already drowning in debt.

Some people out there want to blame the poor for the statistics that you are about to read, but that is a mistake.  Yes, there are a lot of people out there that are abusing the system, and that needs to be stopped.

But many Americans that are dependent on the government are in that situation because there simply are not enough jobs in this country.

And unfortunately, the Obama administration and the U.S. Congress continue to pursue the same job-killing policies that have gotten us into this mess in the first place.  So millions of Americans that have learned to survive as government dependents are not being given the opportunity to break out of that cycle.  When there is a shortage of decent jobs, it is easy to give up.  Many tend to become more and more comfortable being dependent on the government as time goes by.

Once you become addicted to getting a government check in the mail, it can be very difficult to give that up.  There are some that get trapped in a life of government dependence for years or even decades.

The following are 16 statistics which show that the number of Americans dependent on the government is at an all-time high….

#2 The amount of money that the federal government gives directly to Americans has increased by 32 percent since Barack Obama entered the White House.

#4 Back in 1990, the federal government accounted for 32 percent of all health care spending in America.  Today, that figure is up to 45 percent and it is projected to surpass 50 percent very shortly.

#5 The number of Americans on food stamps recently hit a new all-time high.  It has increased by 3 million since this time last year and by more than 14 million since Barack Obama first entered the White House.

#9 By the end of 2011, approximately 55 million Americans received a total of approximately 727 billion dollars in Social Security benefits.  As the retirement crisis becomes much worse, that dollar figure is projected to absolutely skyrocket.

#10 According to the Congressional Budget Office, the Social Security system paid out more in benefits than it received in payroll taxes in 2010.  That was not supposed to happen until at least 2016.

#12 The U.S. government now says that the Medicare trust fund will run out five years faster than previously anticipated.

#13 The total cost of just three federal government programs – the Department of Defense, Social Security and Medicare – exceeded the total amount of taxes brought in during fiscal 2010 by 10 billion dollars.

#14 It is being projected that entitlement spending by the federal government will nearly double by the year 2050.

#15 Right now, spending by the federal government accounts for about 24 percent of GDP.  Back in 2001, it accounted for just 18 percent.

#16 When you total it all up, American households are now receiving more money directly from the federal government than they are paying to the government in taxes.

Once again, I am not blaming the poor.  Almost all of us know of someone that is on government assistance.  Most of them are not dependent on the government because they are lazy or because they want to cheat the system.  Most of them have just had their dreams crushed by this horrible economy and need a helping hand.

It is incredible how anyone can run around claiming that the U.S. economy is heading in the right direction with all of this going on.

Yes, things are going fairly well for the boys and girls down on Wall Street, but for the vast majority of Americans things are looking quite bleak.

For example, things have gotten so bad that the state of Florida is actually considering using ballparks and sports stadiums as shelters for the homeless.

But when it comes to so many people being financially dependent on the federal government, there is a major problem.

The problem is that the federal government is absolutely drowning in debt.

So why don’t our politicians just explain to the American people that we need to start cutting back and reducing the size of some of these programs?

Well, if any of our politicians try to do that they won’t get elected next time around.

The truth is that the American people are deeply addicted to government money.

Any politician that proposes significant cuts to Social Security or Medicare is a goner.

Every poll or survey that is done on this subject shows that the American people are overwhelmingly against cuts to programs like Social Security and Medicare.

But just like we saw in Greece, a day of reckoning comes eventually.

There will come a time when the federal government will not be able to steal 150 million dollars an hour from our children and our grandchildren.

There will come a time when there will not be enough money for all of these growing social programs.

So once the government checks stop rolling in, what is going to happen then? 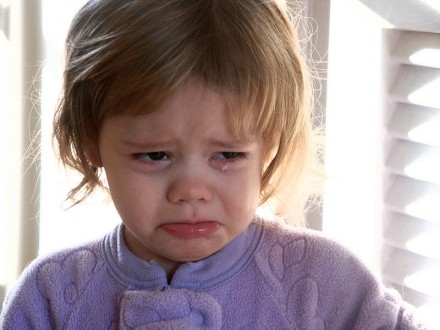