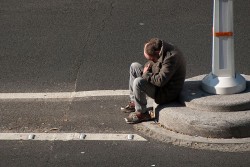 What would you do if you came across someone on the street that had not had anything to eat for several days?  Would you give that person some food?  Well, the next time you get that impulse you might want to check if it is still legal to feed the homeless where you live.  Sadly, feeding the homeless has been banned in major cities all over America.  Other cities that have not banned it outright have put so many requirements on those that want to feed the homeless (acquiring expensive permits, taking food preparation courses, etc.) that feeding the homeless has become “out of reach” for most average people.  Some cities are doing these things because they are concerned about the “health risks” of the food being distributed by ordinary “do-gooders”.  Other cities are passing these laws because they do not want homeless people congregating in city centers where they know that they will be fed.  But at a time when poverty and government dependence are soaring to unprecedented levels, is it really a good idea to ban people from helping those that are hurting?

This is just another example that shows that our country is being taken over by control freaks.  There seems to be this idea out there that it is the job of the government to take care of everyone and that nobody else should even try.

But do we really want to have a nation where you have to get the permission of the government before you do good to your fellow man?

It isn’t as if the government has “rescued” these homeless people.  Homeless shelters all over the nation are turning people away each night because they have no more room.  There are many homeless people that are lucky just to make it through each night alive during the winter.

Sometimes a well-timed sandwich or a cup of warm soup can make a world of difference for a homeless person.  But many U.S. cities have decided that feeding the homeless is such a threat that they had better devote law enforcement resources to making sure that it doesn’t happen.

This is so twisted.  In America today, you need a “permit” to do almost anything.  We are supposed to be a land of liberty and freedom, but these days government bureaucrats have turned our rights into “privileges” that they can revoke at any time.

The following are some of the major U.S. cities that have attempted to ban feeding the homeless….

Philadelphia Mayor Michael Nutter has announced a ban on the feeding of large numbers of homeless and hungry people at sites on and near the Benjamin Franklin Parkway.

Mayor Nutter is imposing the ban on all outdoor feedings of large numbers of people on city parkland, including Love Park and the Ben Franklin Parkway, where it is not uncommon for outreach groups to offer free food.

Nutter says the feedings lack both sanitary conditions and dignity.

Last June, a group of activists down in Orlando, Florida were arrested by police for feeding the homeless in defiance of a city ordinance….

Over the past week, twelve members of food activist group Food Not Bombs have been arrested in Orlando for giving free food to groups of homeless people in a downtown park. They were acting in defiance of a controversial city ordinance that mandates permits for groups distributing food to large groups in parks within two miles of City Hall. Each group is allowed only two permits per park per year; Food Not Bombs has already exceeded their limit. They set up their meatless buffet in Lake Eola knowing that they would likely be arrested as a result.

Down in Houston, a group of Christians was recently banned from distributing food to the homeless, and they were told that they probably would not be granted a permit to do so in the future even if they applied for one….

Bobby and Amanda Herring spent more than a year providing food to homeless people in downtown Houston every day. They fed them, left behind no trash and doled out warm meals peacefully without a single crime being committed, Bobby Herring said.

That ended two weeks ago when the city shut down their “Feed a Friend” effort for lack of a permit. And city officials say the couple most likely will not be able to obtain one.

“We don’t really know what they want, we just think that they don’t want us down there feeding people,” said Bobby Herring, a Christian rapper who goes by the stage name Tre9.

Dallas has also adopted a law which greatly restricts the ability of individuals and ministries to feed the homeless….

A Dallas-area ministry is suing the city over a food ordinance that restricts the group from giving meals to the homeless.

Courts dismissed Dallas’ request for a summary judgment last week, saying the case, brought up by pastor Don Hart (in video above) may indeed be a violation of free exercise of religion, as protected by the Texas Religious Freedom Restoration Act, the blog Religion Clause reported.

In the court filing, the ministry leaders argue that their Christian faith requires them to share meals with the homeless (Jesus did!) and that the requirement that even churches and charities provide toilets, sinks, trained staff and consent of the city keeps them from doing so.

A few years ago, Las Vegas became the first major U.S. city to specifically pass a law banning the feeding of homeless people….

Las Vegas, whose homeless population has doubled in the past decade to about 12,000 people in and around the city, joins several other cities across the country that have adopted or considered ordinances limiting the distribution of charitable meals in parks. Most have restricted the time and place of such handouts, hoping to discourage homeless people from congregating and, in the view of officials, ruining efforts to beautify downtowns and neighborhoods.

But the Las Vegas ordinance is believed to be the first to explicitly make it an offense to feed “the indigent.”

That law has since been blocked by a federal judge, and since then many U.S. cities have been very careful not to mention “the indigent” or “the homeless” by name in the laws they pass that are intended to ban feeding the homeless.

New York City has banned all food donations to government-run homeless shelters because the bureaucrats there are concerned that the donated food will not be “nutritious” enough.

Yes, this is really true.

The following is from a recent Fox News article….

The Bloomberg administration is now taking the term “food police” to new depths, blocking food donations to all government-run facilities that serve the city’s homeless.

In conjunction with a mayoral task force and the Health Department, the Department of Homeless Services recently started enforcing new nutritional rules for food served at city shelters. Since DHS can’t assess the nutritional content of donated food, shelters have to turn away good Samaritans.

The bureaucrats are officially out of control.

In America today, it seems like almost everything is illegal.

One church down in Louisiana was recently ordered to stop giving out water because it did not have a government permit.

Well, I don’t know about you, but I sure am going to give a cup of cold water to someone if they need it whether I have a permit or not.

It is as if common sense has totally gone out the window in this nation.

Over in New Hampshire, a woman is being sued for planting flowers in her own front yard.

This is the kind of thing that makes me glad that I have moved to a much more rural location.  People in the country tend to be much more relaxed.

Sadly, those that love to micro-manage others continue to get the upper hand in America.  Back in January, 40,000 new laws went into effect all over America.  The politicians continue to hit us with wave after wave of regulations and laws with no end in sight.

All of this is making America a very unpleasant place in which to live. 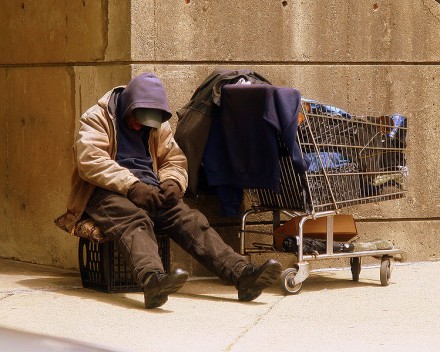