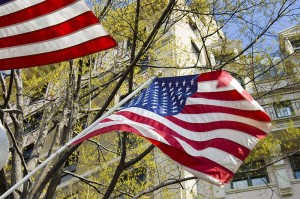 This is the time of the year when Americans run out to their favorite retail stores and fill up their shopping carts with lots of cheap plastic crap made by workers in foreign countries where it is legal to pay slave labor wages.  By doing this, the American people are actively participating in the destruction of the U.S. economy.  You see, buying products that are made in America is not just a matter of national pride.  It is a matter of national survival.  If we do not support American workers, they are going to continue to see their jobs shipped out of the country.  If we do not support American businesses, they are going to continue to die off at a staggering rate.  Last year, the United States had a trade deficit with the rest of the world of 558 billion dollars.  More than half a trillion dollars that could have gone into the pockets of U.S. workers and U.S. businesses went overseas instead.  If that money had stayed in the country, taxes would have been paid on that mountain of cash and our local, state and federal government debt problems would not be as severe.  As a result of our massive trade imbalance, we have lost tens of thousands of businesses, millions of jobs and trillions of dollars of national wealth.  Both major political parties have sold us out on these issues, and we are getting poorer as a nation with each passing day.  We desperately need a resurgence of economic patriotism in the United States before it is too late.

Yes, I know that it is very tempting to buy foreign-made products.  After all, they are almost always cheaper.

But most people don’t often think about why they are cheaper.

Unfortunately, in the name of “free trade” American workers have been merged into a global labor pool where they have to compete directly for jobs with workers on the other side of the globe that live in countries where it is legal to pay slave labor wages.  This makes employing American workers a tremendous liability.

If a company hires you and pays you 10 to 15 dollars an hour with benefits, how is it going to compete with another company that pays workers a dollar an hour with no benefits on the other side of the planet?

Both major political parties are pushing this emerging “one world economic system“, but it is absolutely killing American jobs.  We have already seen a mass exodus of jobs and businesses out of this country, and wages for the jobs that remain in the United States are being forced down because there are hordes of unemployed workers that are willing to take just about any decent job they can find.

It has become painfully obvious that our politicians are not going to do anything to help us on these issues, so what we need is a mass awakening among the American people.

But for now, most Americans are clueless.  They will line up on Black Friday morning and trample one another in a desperate attempt to save a few bucks on cheap plastic devices that were made on the other side of the planet.

And they will pay for much of this “shopping” with credit cards.

But not all Americans enjoy the shopping that is typically involved with this time of the year.  One recent survey found that approximately 45 percent of all Americans think that there is so much financial pressure associated with the holidays that they wouldn’t mind skipping them completely.

That same poll found that approximately 41 percent of all Americans would only be able to survive for two weeks without a paycheck.  Many Americans are up to their eyeballs in debt, their incomes are not keeping up with rising prices, and they find themselves scratching and clawing just to make it from month to month.

Meanwhile, we continue to destroy our own jobs and businesses by spending our money on products that have been made outside the country.

1. When you buy products that are made in America you support American workers.

2. When you buy products that are made in America you support companies that are doing business in America.

3. In 2000, there were more than 17 million Americans working in manufacturing, but now there are less than 12 million.

4. The United States has a trade imbalance that is more than 7 times larger than any other nation on earth has.

5. Our trade deficit with China in 2011 was $295.5 billion.  That was the largest trade deficit that one country has had with another country in the history of the planet.

8. One professor has estimated that cutting the U.S. trade deficit in half would create 5 million more jobs in the United States.

10. According to the Economic Policy Institute, America is losing half a million jobs to China every single year.

11. The United States has lost an average of approximately 50,000 manufacturing jobs a month since China joined the World Trade Organization in 2001.

12. According to U.S. Representative Betty Sutton, the United States has lost an average of 15 manufacturing facilities a day over the last 10 years.

13. During 2010 alone, an average of 23 manufacturing facilities permanently shut down in the United States every single day.

15. The United States has lost a staggering 32 percent of its manufacturing jobs since the year 2000.

17. As I have written about previously, 95 percent of the jobs lost during the last recession were middle class jobs.

18. Due in part to the globalization of the labor pool, only about 24 percent of all jobs in the United States are “good jobs” at this point.

19. Right now, more than 41 percent of all working age Americans do not have a job, and the vast majority of the new jobs that are being created are low paying jobs.

20. The United States now has 10 percent fewer “middle class jobs” than it did just ten years ago.

21. According to the Economic Policy Institute, the U.S. economy loses approximately 9,000 jobs for every $1 billion of goods that are imported from overseas.

22. As our economic infrastructure is gutted, formerly great manufacturing cities all over America are being transformed into festering hellholes.

28. The United States has lost more than a quarter of all of its high-tech manufacturing jobs over the past ten years.

29. Manufacturing employment in the U.S. computer industry was actually lower in 2010 than it was in 1975.

30. The Chinese undervalue their currency by about 40 percent in order to gain a critical advantage over foreign competitors.  This means that many Chinese companies are able to absolutely thrive while their competition in the United States goes out of business.

31. According to the New York Times, a Jeep Grand Cherokee that costs $27,490 in the United States costs about $85,000 in China thanks to all the tariffs.

32. In 2010, China produced more than twice as many automobiles as the United States did.

33. Since the auto industry bailout, approximately 70 percent of all GM vehicles have been built outside the United States.

34. Do you remember when the United States was the dominant manufacturer of automobiles and trucks on the globe?  Well, in 2010 the U.S. ran a trade deficit in automobiles, trucks and parts of $110 billion.

35. In 2010, South Korea exported 12 times as many automobiles, trucks and parts to us as we exported to them.

38. Today, China produces nearly twice as much beer as the United States does.

39. 85 percent of all artificial Christmas trees are made in China.

40. Right now, China is producing more than three times as much coal as the United States does.

41. China is now the number one supplier of components that are critical to the operation of U.S. defense systems.  How stupid can we possibly be?

43. All over the United States, road and bridge projects are being outsourced to Chinese firms.  Just check out the following excerpt from a recent ABC News article….

44. The new World Trade Center tower is going to include glass that has been imported from China.

45. The new Martin Luther King memorial on the National Mall was made in China.

46. The Chinese economy has grown 7 times faster than the U.S. economy has over the past decade.

47. The Chinese economy is projected to be larger than the U.S. economy by 2016.

48. One economist is projecting that the Chinese economy will be three times larger than the U.S. economy by the year 2040.

49. In recent years the U.S. economy has embraced “free trade” and the emerging one world economy like never before.  Instead of increasing the number of jobs in our economy, it has resulted in the worst stretch of job creation in the United States in modern history….

50. If you gathered together all of the workers that are “officially” unemployed in the United States today, they would constitute the 68th largest country in the world.

51. China now holds approximately more than a trillion dollars of U.S. government debt.  If you were alive back when Jesus was born and you had spent a million dollars every single day since then, you still would not have spent that much money by now.

52. Jeffrey Immelt, the head of Barack Obama’s highly touted “Jobs Council”, has shipped tens of thousands of good jobs out of the United States.

53. Without enough good jobs, more Americans than ever before are falling into poverty.  Today, more than 100 million Americans are enrolled in at least one welfare program run by the federal government.

54. According to Professor Alan Blinder of Princeton University, 40 million more U.S. jobs could be sent offshore over the next two decades if current trends continue.

55. If U.S. consumers do not start supporting U.S. workers and U.S. businesses, eventually we will all be so poor that very few of us will be able to afford to buy any gifts during the holiday season. 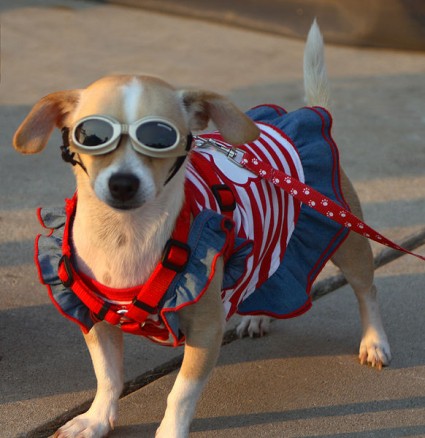