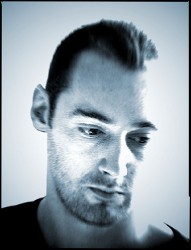 Do you believe that the U.S. economy is steamrolling toward a depression?  If so, you are not alone.  According to a recent CNN poll, 48 percent of Americans believe that “another Great Depression” is likely within the next 12 months.  Americans have been waiting for almost three years for a “recovery” to materialize, but instead there are all kinds of signs that the economy is about to get worse yet again.  Inflation is rising but wages are not.  There are millions of Americans that would do just about anything to get a decent job.  The “misery index” is the highest it has been in almost 30 years.  All of the recent polls show that the American people are more pessimistic about the economy than at any other time in recent memory.  World financial markets are incredibly unstable right now and many analysts are expecting a repeat of 2008 (or worse).  Meanwhile, our state and local governments are drowning in debt, the federal government is drowning in debt and governments all over Europe are drowning in debt.  No, it is not crazy for 48 percent of Americans to believe that we are about to go into another Great Depression.

Just think about that statistic for a moment.  Nearly half of the country expects the economy to fall to pieces at some point over the next year.

So do I agree with them?

Yes, I certainly believe that an economic collapse is coming.  But that doesn’t mean that it will necessarily happen within the next year.  The United States is in the midst of a long-term economic decline, and the next big financial crisis could potentially happen in 2011 or 2012.

There are so many variables and it is so hard to predict with certainty the exact timing of how things will play out.

However, it is true that incredibly painful economic times are coming.  Our long-term economic future looks unbelievably bleak.

So anyone that believes that we are headed for another depression is certainly not crazy.  The following are 19 reasons why it is perfectly rational to be pessimistic about the U.S. economy right now….

#1 Today, 25 million Americans are either unemployed or underemployed.  6 million of those have been out of work for at least 6 months.  The average duration of unemployment in the U.S. is now close to 40 weeks.

#2 The unofficial misery index, which is calculated by combining unemployment and inflation, is now at a 28 year high.

#3 Sadly, if unemployment and inflation were calculated the same way that they were back in the 1970s, the misery index would actually be much, much higher.  According to John Williams of Shadow Government Statistics, the current “real” rate of inflation is approximately 11.2% instead of the 3.6% figure that the U.S. government wants us to believe.

#4 Greece is on the verge of complete and total financial collapse.  The yield on two year Greek bonds is up to 28 percent.  The European Central Bank and the German government have been fighting over what to do to solve the Greek crisis.  The truth is that without a bailout the Greek government will default.  If Greece defaults, it would be a huge nightmare for world financial markets.

#5 Neil MacKinnon, an analyst at VTB Capital, is warning that a Greek implosion could set off a 2008-style financial crisis….

“The risk of a ‘Lehman moment’ for the eurozone is increasing”

#6 Spain is also potentially a major problem.  The Spanish economy is more than twice the size of the Greek, Irish and Portuguese economies combined.  Over the past 12 months, the yield on 10 year Spanish bonds has been rising steadily, and many believe that Spain could be the tipping point that pushes the sovereign debt crisis in Europe over the edge.

#7 State and local governments all over the United States are cutting their budgets and are implementing brutal austerity measures.  For example, one small town in Alabama has actually decided that they are simply going to stop paying pension benefits to their retirees.  In other areas, teachers and police officers are being fired in massive numbers. UBS Investment Research is projecting that state and local governments in the U.S. will combine to slash a whopping 450,000 jobs by the end of next year.

#9 It is never a good sign when even the big Wall Street banks start laying off workers.  CNBC is reporting that Goldman Sachs, Morgan Stanley and many other big firms on Wall Street are planning some large staff reductions in the months ahead.  That is a very bad sign for the economy.

#10 Things have gotten so bad that some mainstream media outlets are actually encouraging Americans to go out and start racking up credit card debt once again.  For example, one recent USA Today article was actually entitled “More credit card debt might be good for the economy“.  Of course the big banks are ready to suck the lifeblood out of anyone that does slip up on making their credit card payments.  One major bank has announced that a single late payment could result in a penalty rate as high as 29.99%.

#11 According to the Bureau of Labor Statistics, the share of national income being taken home by American workers is at a post-war low and is rapidly declining.

#12 Reuters is reporting that many of Wall Street’s biggest banks plan to cut their use of U.S. Treasuries starting in August.  China has already been dumping short-term U.S. debt.  But if most of the big players abandon the market, who is going to buy up the massive amounts of debt that the U.S. government needs to issue?

#13 Dean Baker of the Center for Economic and Policy Research apparently believes that we are already in a depression….

“At some point, the pain of high unemployment may lead to some new thinking in Washington – but until that time, welcome to the second Great Depression”

#14 The U.S. banking system could plunge into disaster at any moment.  The FDIC is backing up 7 trillion dollars in deposits with an insurance fund that barely has anything in it.

#15 It seems like almost everyone is talking about the next financial collapse.  Renowned investor Jim Rogers recently said the  following….

There is definitely going to be another financial crisis around the corner,” says hedge fund legend Mark Mobius, “because we haven’t solved any of the things that caused the previous crisis.”

“Interest rates are amazingly low and that, thanks to Ben Bernanke, is driving everything,” Yastrow said. “We’re on the verge of a great, great depression. The [Federal Reserve] knows it.”

#19 The American people are extremely pessimistic about the economy right now.  According to one recent poll, 56 percent of Americans have lost sleep due to the economy and about three-quarters of Americans believe that the nation is on the wrong track.

The nation is in a very sour mood right now, and this is causing even many in the mainstream media to ask some very hard questions.

For example, Jack Cafferty recently asked the following question to viewers on CNN….

“What are the chances the U.S. economy could eventually trigger violence in our country?”

You can view the video of Cafferty asking this question right here or you can just watch it below….

Sadly, we are already starting to see violence erupt all over North America.

Yesterday I highlighted the horrifying violence that we saw in Vancouver this week.

In previous articles I have discussed the insanity that has been going on in major U.S. cities such as Chicago.

Now even the mainstream media is being forced to report on the surge in violence.

A recent USA Today article described some of the most recent mob robberies that have been happening in Chicago….

A Chicago Tribune report tells of a 68-year-old man from Washington State who was set upon while he was smoking a cigar on a bench when youths surrounded him, attacked him and reportedly stole a phone and iPad. The report says a 42-year-old Japanese tourist also was beaten and robbed on a bicycle path by the lakefront. The paper says seven were arrested, but that the group participating in the felonies was estimated at 15 to 20 people strong. One 20something suburbanite told Chicago’s WGN TV that he was hit so hard in the head with a baseball that it knocked his motorcycle helmet off. he managed to fight his way out of trouble and hail police, he said.

When people don’t have hope, they get desperate.

There are millions of other Americans that are suffering through this economy quietly.

There are so many people out there that have worked hard and have followed all the rules and yet now find themselves struggling just to survive.

For example, a reader named Carolyn recently left a comment in which she shared her story with my readers….

My husband lost his long-term job in 2009 due to budget cuts. Don’t worry, I said. I’m still working, and we have a year of our salary in savings. You’re smart, you’re educated, you’re a hard worker. You’ll find a job soon.

Two months later, my long-term job was sent to India.

A year and a half later, I haven’t found new career yet. I’m 50. No one is going to hire me. I am working – at a Home Depot. At a 79% pay cut from my prior position. But it doesn’t pay for anything. My husband found a new position in his field – at a 62% pay cut from his prior position.

We lived off unemployment and our savings, until both ran out. We put our house and investment property on the market the day after I lost my job.

We haven’t had one offer.

We just had our Chapter 7 bankruptcy discharged. Our foreclosure is still pending. No word yet when that will be done.

To add insult to injury, we owe Federal income taxes on the penalties we used to make withdrawals from our 401(k)’s to live off. My husband took a job in another state, and we were SHOCKED to learn that we owed NEW YORK STATE taxes on the income he earned in Mississippi – to New York state! Apparently there is some loophole that if you are a property owner in New York, but earn income in another state, you have to pay New York state income taxes on out of state earned income.

We’ve been told once our foreclosure is finalized, we may owe taxes on that as well.

What happened to our country?

Things are so hard out there for so many millions of American families right now.

But the truth is that things are much better at the moment than they will be in a few years.

So what is America going to look like when there is no doubt that the economy has collapsed and people have no hope at all?