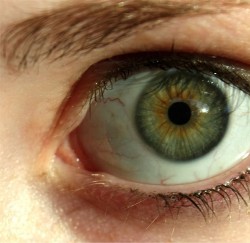 If you want to feel better about America, just spend some time in some of the really great small towns and rural communities that are scattered across this country.  Over the past several days, that is exactly what I had the privilege to do.  I have often written about how the “America” that so many of us love is fading away, but in many small towns throughout the United States that “America” is still very much alive.  The truth is that there are millions of Americans that still place a tremendous amount of value on God, family and country.  My wife and I are accustomed to big city ways, and so we were amazed at how friendly and how open the people that we encountered during our travels were.  A lot of times the elitists that run this country look down their noses at those that live in rural communities and small towns, but the reality is that those are some of the greatest people this country has.

Did you know that there are still some Americans in 2011 that do not lock their homes or their cars?

It’s true – my wife and I met some of these people during our travels.  They do not fear crime because very, very little crime ever happens where they live.

Of course if someone does try to rob them, let’s just say that the thieves would be in for some very unpleasant surprises.

My wife and I have also found that people in small towns are so much friendlier.  Everywhere we went people were saying hello and were eager to get into conversations.  We ended up talking with one hotel clerk for 15 to 20 minutes and he shared with us much of his life story.  He was a real “salt of the earth” type of guy and it was interesting to hear his unique perspective on life.  Every summer he makes jam and sells it in the hotel lobby and he encouraged us to stop by the next time we are in town to get some.

But he was not the only one that was extremely friendly.  People were eager to talk to us and were genuinely interested in what we were doing wherever we went.

Also, people sure seemed to smile a whole lot more in these small towns.  They just seemed happier.

This is so much different from what I have been used to.  Most of my life I have lived either in or near big cities.

When I worked as a lawyer in Washington D.C., I took the metro to work every morning.  Often the passengers were crammed into the metro cars like cattle, but most of the time there was absolutely no conversation among the passengers.  Usually it was just dead silence all the way into D.C.

In fact, if you did try to strike up a conversation with someone it usually created an awkward moment.

The truth is that in most big cities there is an unwritten rule that you really aren’t even supposed to make eye contact with people.  If someone tries to interact with you, it is usually because they want something from you.

So is living in a city with several million people really better than living in a town with only a few thousand people?

During our trip, my wife and I stopped in a little community store where they actually had cats for adoption scattered throughout the store.  We also ventured into a pizza parlor that could have been straight out of the 1970s or 1980s.  The floor of the pizzeria was a classic red and white checkerboard pattern and there was an old jukebox sitting in the corner.  It was great.

Today most of our big box stores are so “corporate” and so “sterile” that something gets lost.  When we eliminate the “human element” from everything the world becomes a colder place.

There are still places in America where people will take you at your word.

There are still places in America where people will invite you to stay with them even though they just met you.

There are still places in America where the air is clean, the people are authentically friendly and where the corporations don’t own all the businesses.

The other night my wife and I ordered some food at a “real” family restaurant and it was so much different from what we were used to.

Yes, the decor was a bit dated and the environment was not as “clinical” as you will find in most corporate-owned restaurants, but we had a great time.

I ordered some chicken, and when they brought it out it was not anything like the little bony pieces of chicken that they give you most places.  I had probably the thickest chicken breast that I have ever seen.  There was as much meat on that one chicken breast as there would be on five or six “tv dinner” chicken breasts.

So is small town life preferable?

Well, it is undeniable that living near a big city is much more convenient and most of the good jobs are in or near the big cities.

But as the economy collapses and as society becomes increasingly unstable, do you really want to find yourself in the middle of one of our urban areas?

This is a theme I have been talking about a lot recently.  The following are just a few of the articles that I have put out about the breakdown of society in recent weeks….

It would be nice if things would calm down for a while, but that is just not happening.

In fact, what have we seen just this week?

A horrifying riot in Vancouver.

Aren’t Canadians supposed to be calmer than us?

You can see video of the shocking riots in Vancouver right here, or you can just view the video below….

Yes, there is nothing new about sports riots.

However, what is new is the level of the violence.

15 vehicles, including two police cruisers, were set on fire.  Windows were smashed and stores were openly looted in front of television cameras.  Police were pelted with rocks and debris.  A huge section of the city of Vancouver turned into a war zone.

So what is going to happen someday when those people have real problems?

Part of preparing for hard times is evaluating where you live.

Do you really want to live smack dab in the middle of a major urban area if we do see major rioting in this country someday?

What happened in Vancouver this week was absolutely mindless.

But thankfully, while all of this was going on my wife and I were also reminded that there are still large numbers of really wonderful people out there too.

Yes, an economic collapse is coming.  But that doesn’t mean that all Americans are going to respond to it the same way.  If you don’t have a lot of faith in the community where you currently live, you might want to take a closer look at some of the truly great small towns scattered throughout this country.

You might just be surprised at what you find.