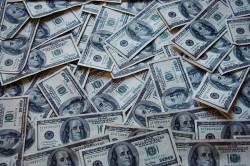 Is there one thing that Tony Robbins, Ron Paul and Ben Bernanke can all agree on?  Yes, there actually is.  Recently they have all come forward with warnings that the national debt crisis could destroy America if something is not done.  Unfortunately, our politicians continue to spend us into oblivion as if there will never be any consequences.  When Barack Obama took office, the U.S. national debt was 10.6 trillion dollars.  Today, it is 15.6 trillion dollars and it is rising at the rate of about 150 million dollars an hour.  During the Obama administration so far, the U.S. government has accumulated more debt than it did from 1776 to 1995.  The United States now has a debt to GDP ratio of over 100 percent, and another credit rating agency downgraded U.S. debt earlier this month.  Any talk of a positive economic future is utter nonsense as long as we are bleeding red ink as a nation far faster than we ever have before.  It is absolutely immoral to wreck the financial future of our children and our grandchildren and to leave them with a bill for the greatest mountain of debt in the history of the world, but that is exactly what we are doing.  Unless our current debt-based financial system is thrown out, there are only two ways that this game is going to play out.  One would involve absolutely bitter austerity and deflation unlike anything ever seen before, and the other would involve nightmarish hyperinflation.  Either path would be hellish beyond what most Americans could possibly imagine.

Unfortunately, we are running out of time as a nation.  You know that things are late in the game when the head of the Federal Reserve starts using apocalyptic language to talk about the national debt.  The following is what Federal Reserve Chairman Ben Bernanke told Congress recently….

Having a large and increasing level of government debt relative to national income runs the risk of serious economic consequences. Over the longer term, the current trajectory of federal debt threatens to crowd out private capital formation and thus reduce productivity growth. To the extent that increasing debt is financed by borrowing from abroad, a growing share of our future income would be devoted to interest payments on foreign-held federal debt. High levels of debt also impair the ability of policymakers to respond effectively to future economic shocks and other adverse events.

Even the prospect of unsustainable deficits has costs, including an increased possibility of a sudden fiscal crisis. As we have seen in a number of countries recently, interest rates can soar quickly if investors lose confidence in the ability of a government to manage its fiscal policy. Although historical experience and economic theory do not indicate the exact threshold at which the perceived risks associated with the U.S. public debt would increase markedly, we can be sure that, without corrective action, our fiscal trajectory will move the nation ever closer to that point.

The sick thing about this is that the Federal Reserve system is actually designed to generate government debt.  The U.S. national debt is now more than 5000 times larger than it was when the Federal Reserve was created back in 1913.  So it is kind of ironic that the head of the organization that was designed to perpetually generate U.S. government debt is now warning that there is too much of it.

But Ben Bernanke is far from alone in warning about the danger of our exploding national debt.

For example, world famous motivational speaker Tony Robbins is also warning that the national debt crisis could destroy our future.

These days, most people throw around the phrase “a trillion dollars” without ever really grasping what it means.

In the video posted below, Tony Robbins uses a fun illustration to help put in perspective how large a “trillion dollars” really is.

If you had a million seconds to do something, would you consider that to be a long time?

Well, it turns out that a million seconds is only about 12 days.

What about a billion seconds?  Is that a long period of time?

Well, yes, a billion seconds is close to 32 years.  So that is definitely a lot longer than a million seconds.

What about a trillion seconds?

How long do you think that is?

So when we talk about how the U.S. government is stealing more than a trillion dollars from future generations every single year, we are talking about an absolutely massive amount of money.

The Tony Robbins video about the national debt crisis posted below has started to go viral all over the Internet.  If you have not seen it yet, I definitely recommend taking a few minutes to watch it….

So why are our politicians not doing anything about the U.S. debt crisis?

Well, it is because most of them value getting elected over and over again above doing what is right for future generations.

For the past four decades, the United States has been enjoying a 15 trillion dollar party.  All of this borrowed money has enabled us to live far, far beyond our means.

If our politicians voted to severely cut spending or to raise taxes dramatically at this point, our economy would suddenly readjust to a more realistic standard of living.  But that would be extremely painful and most Americans voters would be absolutely furious.  They would demand that someone “fix” the economy immediately.  But the truth is that what we have been enjoying all these years has not been real.  It has been bought with trillions of dollars stolen from future generations.  But most of our politicians just want to keep the party rolling as long as humanly possible so that they can keep getting voted back into office.

Fortunately, there are a few politicians that are willing to stand up and tell the truth about our national debt crisis.  For example, in the video posted below Ron Paul scolds the rest of Congress for continuing to vote for debt limit increase after debt limit increase….

Unfortunately, the American people seem to prefer politicians that endlessly lie to them about how bad things really are.

For example, back at the beginning of the Bush administration we were promised that we would be swimming in gigantic surpluses by now.

That didn’t exactly work out, now did it?

Barack Obama promised us that he would cut the size of the federal budget deficit in half by the end of his first term.

Things just continue to get worse and worse.

Since 1975, we have added more than 15 trillion dollars to the national debt.  In fact, the U.S. national debt is now more than 22 times larger than it was when Jimmy Carter became president.

A lot of talking heads on television continue to assure us that everything is going to be okay, but the truth is that we are about to experience some absolutely devastating consequences for decades of really bad decisions.

For example, the rest of the world is rapidly losing faith in our currency and the reign of the U.S. dollar as the primary world reserve currency is in serious danger of coming to an end.  When that happens, gasoline, food and just about everything else that you buy is going to be a lot more expensive.

Already, there are very ominous signs that the rest of the world is getting tired of financing our endless spending.  In 2011, the Federal Reserve bought approximately 61 percent of all new government debt issued by the U.S. Treasury Department.  This is not supposed to happen.  The Federal Reserve is not supposed to be monetizing our debt and this is something that Congress should be looking into.

Also, at this time of the year people love to complain about the outrageous amount of taxes that most hard working Americans have to pay, but the truth is that eventually it will likely get a whole lot worse.

Just look at Greece.  Taxes in Greece have been raised to suffocating levels, government spending has been slashed to the bone and yet they are still running up more debt.

That is going to happen in the United States at some point too, especially if our leaders choose the path of austerity and deflation.

You can’t hide from debt forever.

Have you ever run up debt on a credit card?

A lot of us did that when we were young and foolish, and it can be a lot of fun on the way up.

But eventually a day of reckoning comes and it is extremely painful to find yourself drowning in credit card debt.

Well, we are rapidly approaching our credit limit as a nation.

Some hard choices will have to be made, and there will be a lot of pain.

The false prosperity that we are enjoying now is going to disappear.

Now is the time to prepare for the massive economic shift that is coming.  In the coming economic environment, those that are currently living month to month and those that are 100% dependent on the system are going to be in a huge amount of trouble.

Instead of wildly spending money as if the good times will never end like most Americans are, now is the time to get out of debt, to become more self-sufficient and to set aside the money, resources and supplies you will need to weather the storm that is rapidly approaching.

Anyone with half a brain should be able to see that a gigantic economic collapse is coming.

Use the time that you still have left to prepare the best that you can. 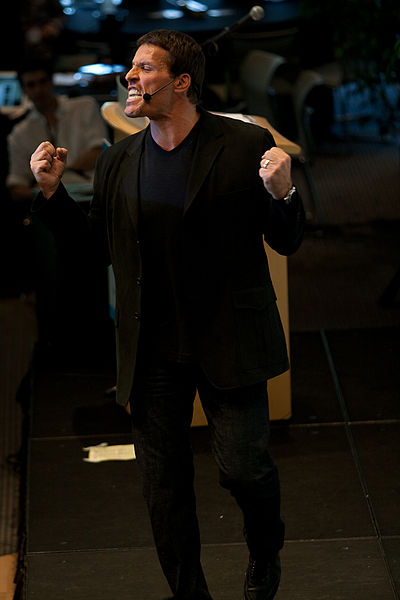