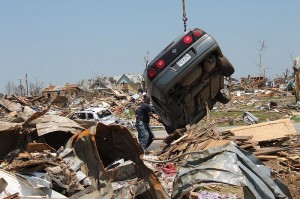 We live in a world that is becoming increasingly unstable, and the potential for an event that could cause “sudden change” to the U.S. economy is greater than ever.  There are dozens of potentially massive threats that could easily push the U.S. economy over the edge during the next 12 months.  A war in the Middle East, a financial collapse in Europe, a major derivatives crisis or a horrific natural disaster could all change our economic situation very rapidly.  Most of the time I write about the long-term economic trends that are slowly but surely ripping the U.S. economy to pieces, but the truth is that just a single really bad “black swan event” over the next 12 months could accelerate our economic problems dramatically.  If oil was cut off from the Middle East or a really bad natural disaster suddenly destroyed a major U.S. city, the U.S. economy would be thrown into a state of chaos.  Considering how bad the U.S. economy is currently performing, it would be easy to see how a major “shock to the system” could push us into the “next Great Depression” very easily.  Let us hope that none of these things actually happen over the next 12 months, but let us also understand that we live in a world that has become extremely chaotic and extremely unstable.

In the list below, you will find some “sudden change” events that are somewhat likely and some that are quite unlikely.  I have tried to include a broad range of potential “black swan events”, but there are certainly dozens more massive threats that could potentially be listed.

The following are 15 potentially massive threats to the U.S. economy over the next 12 months….

#2 War With Iran – A war in the Middle East involving Iran could literally erupt at any time.  The following is from a Reuters news report that was issued on Monday….

President Barack Obama appealed to Benjamin Netanyahu on Monday to give sanctions time to curb Iran’s nuclear ambitions, but the Israeli prime minister offered no sign of backing away from possible military action, saying his country must be the “master of its fate.”

#4 An Economic Collapse In Spain – Spain has one of the largest economies in Europe and it is rapidly becoming a basket case.  As I have written about previously, the unemployment rate in Spain has hit 19.9 percent, and the unemployment rate for workers under the age of 25 is up to 49.9 percent.  Unfortunately, the situation in Spain continues to deteriorate.  The following is from a recent article by Marc Chandler….

However, the devolution in Spain is particularly troubling. The new fiscal compact had just been signed last week, which includes somewhat more rigorous fiscal rule and enforcement, when Spain’s PM Rajoy revealed that this year’s deficit would come in around 5.8 percent of GDP rather the 4.4 percent target. This of course follows last year’s 8.5 percent overshoot of the 6 percent target.

The problem that for Spain is that the 4.4 percent target was based on forecasts for more than 2 percent growth this year. However, in late February, the EU cuts its forecast to a 1 percent contraction. This still seems optimistic. The IMF forecasts a 1.7 percent contraction, which the Spanish government now accepts.

#5 The Price Of Gasoline – The average price of a gallon of gasoline in the United States has risen for 27 days in a row and is now up to $3.77.  Virtually all forms of economic activity are affected by the price of gasoline, and if the price of gas keeps going up it is eventually going to have dramatic consequences for the U.S. economy.

#6 The Student Loan Debt Bubble – Just like we saw with the housing bubble, the student loan debt bubble just continues to grow and grow and grow.  At some point the nearly 1 trillion dollar bubble is going to burst.  What effect will it have on our financial system when that finally happens?

#7 State And Local Government Debt Crisis – It is being reported that California is running out of cash again and there are cities all over the country that are on the verge of bankruptcy.  Could we see a significant municipal bond crisis in the next 12 months?

#8 The Collapse Of A Major U.S. Bank – A number of top U.S. banks are looking increasingly shaky.  In a recent article, David Trainer explained why he has such serious concerns about Bank of America right now….

In my opinion, there are four actions taken by financial services that signal the company is headed to serious trouble.

1. Management shake-up and major layoffs – lots of layoffs over the past year

4. Bilking customers with new fees: tried it before and trying it again

Bank of America has taken all four steps.

#9 A Derivatives Crisis – The International Swaps and Derivatives Association recently ruled that the Greek debt deal will not trigger payouts on credit default swaps.  This is seriously shaking confidence in the global market for derivatives.  But the global financial system simply cannot afford a major derivatives crisis.

When the derivatives bubble finally bursts it is going to be a financial horror show unlike anything we have ever seen.

#10 The Fall Of The Japanese Economy – The Japanese economy shrank at a 2.3 percent rate during the fourth quarter of 2011.  Japan has a debt to GDP ratio of over 200 percent and a major debt crisis involving Japan could erupt at any time.

#11 A “Solar Megastorm” – Scientists tell us that there is a “1 in 8 chance” that a “solar megastorm” will hit the earth by 2014.  A recent Daily Mail article detailed what some of the consequences of such an event would be….

‘We live in a cyber cocoon enveloping the Earth. Imagine what the consequences might be,’ Daniel Baker, of the University of Colorado’s Laboratory for Atmospheric and Space Physics told National Geographic when asked about a potential ‘megastorm’.

‘Every time you purchase a gallon of gas with your credit card, that’s a satellite transaction.

‘Imagine large cities without power for a week, a month, or a year. The losses could be $1 to $2 trillion, and the effects could be felt for years.

#12 A Major West Coast Earthquake Or Volcanic Eruption – On Monday, there was a 4.0 earthquake in San Francisco and a 6.1 earthquake in Argentina.  Is the “Ring of Fire” waking up again?

#13 Tornado Damage To Major U.S. Cities – Last year, the U.S. experienced one of the worst tornado seasons of all time.  This year, we have already seen the worst tornado outbreak ever recorded in the United States in the month of March.  A couple of towns in Indiana were completely wiped out by that outbreak.  So what should we expect when we get to the heart of tornado season this year?

#14 Severe Drought In The United States – Last summer was one of the driest summers on record in the United States, and in many areas there is simply not enough water available for farmers this year.  Some are even projecting that we could see “dust bowl conditions” return to some areas of the country eventually.

#15 An Asteroid Strike In 2013 – Although scientists tell us that the probability is extremely low, the truth is that there is a slight chance that a sizeable asteroid could hit the earth in February 2013.  The asteroid is estimated to be between 60 and 100 meters wide, and it is projected to pass by our planet “at a distance of under 27,000 km“.  If it did hit us (and scientists say that the odds of that happening are very low) it would potentially be as serious an event as the Tunguska Event in Siberia in 1908.  Mac Slavo of shtfplan.com recently described how awesome the Tunguska Event really was….

On June 30, 1908 an incoming meteor exploded approximately 5 miles above Siberia. The force of the air burst explosion, estimated at between 15 and 30 megatons, or about 1000 times bigger than the atomic bomb that destroyed Hiroshima, was so powerful that it annihilated everything in an 830 square mile area, and reports suggest that that explosion was heard up to 1000 miles away. Because of the remoteness of the impact zone, the Tunguska Event over Siberia had very little effect on the human population in the region, but the destruction of some 80 million trees in the area shows just how powerful a blast was created.

Of course there are so many other “sudden change” events that could potentially happen – a terror event in a major U.S. city, a deadly pandemic, an EMP attack, cyberterrorism or a major political scandal could all possibly cause a stock market crash and an economic collapse in the United States.

In the world that we are living in today, you just never know what is going to happen.

So what are all of you concerned about over the next 12 months?

Do you see the potential for some “black swan events” to happen? 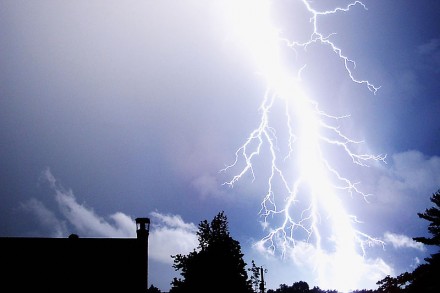