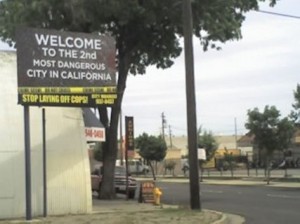 Large U.S. cities that the rest of the world used to look at in envy are now being transformed into gang-infested hellholes with skyrocketing crime rates.  Cities such as Chicago, Detroit, Camden, East St. Louis, New Orleans and Oakland were once bustling with economic activity, but as industry has fled those communities poverty has exploded and so has criminal activity.  Meanwhile, financial problems have caused all of those cities to significantly reduce their police forces.  Sadly, this same pattern is being repeated in hundreds of communities all over the nation.  The mainstream media loves to focus on mass shooters such as Adam Lanza, but the reality is that gang violence is a far greater problem in the United States than mass shooters ever will be.  There are approximately 1.4 million gang members living in America today according to the FBI.  That number has shot up by a whopping 40 percent just since 2009.  There are several factors fueling this trend.  Unemployment among our young people is at an epidemic level, about one out of every three U.S. children lives in a home without a father, and there are millions of young men who have come into this country illegally and have no way to legally support themselves once they arrive in our cities.  Gangs provide a support system, a feeling of “community”, and a sense of purpose for many young people.  Unfortunately, most of these gangs use violence and crime to achieve their goals, and they are taking over communities all over America.  If your community is not a gang-infested war zone yet, you should consider yourself to be very fortunate.  If nothing is done about this, the violence and the crime that is fueled by these gangs will continue to spread, and eventually nearly every single community in the United States will be affected by it.

East St. Louis has a national reputation for being a city that you want to avoid.  The following is from a recent Bloomberg article about the growing crime in that community…

There’s the shopping mall where a police officer was shot in the face, a youth center that saw a triple homicide in September, and scattered about the city of 27,000 are brightly lit gas stations that serve as magnets for carjackers, hit-and-run robbers and killers.

“It’s the Wild West,” said Wigginton, the U.S. attorney for the Southern District of Illinois.

Today, the murder rate in East St. Louis is 17 times higher than the national average, but financial problems have forced huge cuts to the police budget.  The number of police patrolling the streets of East St. Louis was reduced by 33 percent between 2008 and 2011.  Police in the city admit that they are outgunned and outmanned, but there is not much that can be done about it.

Camden, New Jersey is another city that has experienced huge cuts to the police budget.  Their police force shrank by about a third between 2008 and 2011.  Today, Camden is considered to be one of the most dangerous cities in America and it has a murder rate that is about ten times higher than New York City.

The gangs have a very strong hold over Camden, and kids kill kids on a regular basis in the city.  The following is a brief excerpt from a recent article about the horrible violence that is plaguing Camden…

At the vigil last week, residents prayed that Camden would simply find peace and that the masked gunman who killed Jewel Manire and Khalil Gibson would be caught.

As it grew darker, Michael Benjamin stood toward the back of the crowd, his son huddled even closer now, and shook his head.

“I’ve known at least 45 kids who’ve been killed in my lifetime,” he said, the boy holding his finger. “I stopped counting in 2004, though.”

In recent years there have been massive cuts to the police budget in Chicago due to financial difficulties.  At the same time, gang activity has dramatically increased in the city.

As a result, Chicago has become known for murders and violence.  The murder rate in Chicago was about 17 percent higher in 2012 than it was in 2011, and Chicago is now considered to be “the deadliest global city“.

And the primary reason for all of this violence in Chicago is the gangs.  As I have written about previously, there are only about 200 police officers assigned to Chicago’s Gang Enforcement Unit.  It is their job to handle the estimated 100,000 gang members living in the city.

Approximately 80 percent of all murders and shootings in the city of Chicago are gang-related, and as the gangs continue to grow in size the violence in the city is going to get even worse.  If Barack Obama wants to do something about violence in America, perhaps he should start with his home city.

I write a lot about Detroit, but that is because they are a perfect example of where the rest of America is headed if something dramatic is not done.

Detroit used to be one of the greatest manufacturing cities the world has ever seen, but over the past several decades the economic infrastructure of Detroit has been gutted and now there is very little industry left in the city.

Over half the children in the city live in poverty and a sense of hopelessness hangs in the air.  At the same time, financial problems have forced the city to lay off huge numbers of cops.  Back in 2005, there were about 4,000 police officers in Detroit.  Today there are only about 2,500 and another 100 are scheduled to be eliminated from the force soon.

Things have gotten so bad that even even the Detroit police are telling people to “enter Detroit at your own risk“.

New Orleans was a crime-infested city even before Hurricane Katrina hit it in 2005, but life has never quite been the same since that time.

The gangs have a very strong presence in the city, and there simply are not enough financial resources to keep crime in check.

If New Orleans was considered to be a separate nation, it would have the 2nd highest murder rate on the entire planet.  There are some areas of New Orleans that you simply do not ever want to venture into at night.

Meanwhile, the police force has been such a mess in recent years that the federal government finally decided to step in.  It is hoped that the “reforms” will mean less crime in New Orleans in future years, but I wouldn’t count on it.

Today, there are 626 police officers in Oakland, California.  That is about a 25 percent decline from the 837 police officers that were patrolling the streets of Oakland back in December 2008.

Predictably, criminals have stepped in and have taken advantage of the situation.  At one point in 2012, burglaries in the city of Oakland were up 43 percent over the previous year.

If you can believe it, more than 11,000 homes, cars and businesses were burglarized in Oakland during 2012.  That breaks down to approximately 33 burglaries a day.

Police cuts in the city of Stockton, California have been so severe that the Stockton Police Officers’ Association ran a billboard advertisement with the following message at one point: “Welcome to the 2nd most dangerous city in California: Stop laying off cops!”

At the same time, crime in Stockton continues to get even worse.  there have been more than 250 gold chain robberies in Stockton since the month of April, and there is no indication that crime in the city is going to slow down any time soon.

Should we have everyone turn in their guns?

We don’t have a gun problem in America.  What we have is a gang problem.

In 2006, the Justice Department’s National Drug Intelligence Center reported that Mexican drug cartels were actively operating in 50 different U.S. cities.  By 2010, that number had risen to 1,286.

Many of these gang members run up long criminal records, but our overcrowded prison systems just keep releasing them back into the streets.  The results of this philosophy have been predictable.  The following is from a recent article by Daniel Greenfield…

A breakdown of the Chicago killing fields shows that 83% of those murdered in Chicago last year had criminal records. In Philly, it’s 75%. In Milwaukee it’s 77% percent. In New Orleans, it’s 64%. In Baltimore, it’s 91%. Many were felons who had served time. And as many as 80% of the homicides were gang related.

This is not a time to take away the ability of law-abiding American families to defend themselves.  Instead, people need to put even more emphasis on self-defense as police forces all over the country are cut back.

Just recently, the city attorney of San Bernardino, California told citizens living there to “lock their doors and load their guns” because the police force in that city is being cut back again.

And that is good advice.  As the economy continues to decline and as millions more Americans fall into poverty, the violence is going to get even worse.

What would you do if a desperate criminal broke into your house and started searching through your home room by room?  That is the horrifying situation that one young mother down in Georgia was recently faced with…

She quickly retreated to an attic crawlspace with the children, but not before she also picked up her handgun.

The burglar, whom police identified as Paul Ali Slater, did a room-by-room search of the home, and when he reached the attic, she was ready.

Walton County Sheriff Joe Chapman told WSBTV: ‘The perpetrator opens that door. Of course, at that time he’s staring at her, her two children and a .38 revolver.’

She reportedly fired all six rounds, missing only once. The other shots hit Slater about the face and neck.

Sheriff Chapman told the Atlanta Journal-Constitution: ‘The guy’s face down, crying. The woman told him to stay down or she’d shoot again.’

What would have happened if she had not had any way to defend herself and her children?

That is something that we all need to think about.

For the last couple of decades, we have been fortunate to live in an era of falling crime rates.  Unfortunately, that era is now over.  Large cities all over the country are degenerating into gang-infested war zones, and what we are seeing right now is just the tip of the iceberg.

After the economy collapses, millions of people are going to become incredibly desperate and things are going to get much, much worse than this.

So what are you seeing in your area of the country?  Please feel free to leave a comment with your thoughts below… 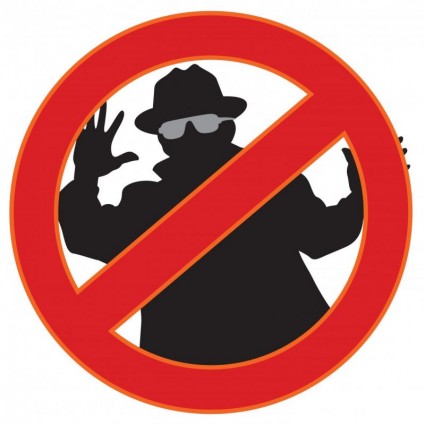