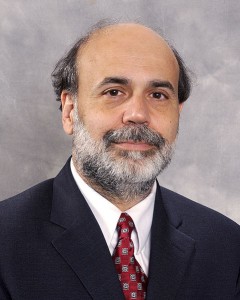 Ben Bernanke has decided that he needs to teach all of us why the Federal Reserve is good for America and about why the gold standard is bad.  On Tuesday, Bernanke delivered the first of four planned lectures to a group of students at George Washington University.  But that lecture was not just for the benefit of those students.  Officials at the Fed have long planned for this lecture series to be an opportunity for Bernanke to “educate” the American people about the Federal Reserve.  The classroom was absolutely packed with reporters and just about every major news organization is running a story about this first lecture.  So the Federal Reserve is definitely getting the publicity that it was hoping for.  You can see the slides from the presentation that Bernanke gave to the students right here.  It is pretty obvious that one of the primary goals of this first lecture was to attack those that have been critical of the Fed over the past few years.  In doing so, Bernanke “stretched” the truth on more than one occasion.

The entire event was staged to make Bernanke and the Federal Reserve look as good as possible.  Prior to his arrival, the students gathered for the lecture were actually instructed to applaud Bernanke….

The 30 undergraduates at George Washington University sent up a round of applause. It was, they’d been told beforehand, “appropriate, even encouraged, to politely applaud” Tuesday’s guest lecturer.

But as noted above, this lecture was not for the benefit of those students.  A USA Today article even admitted that “addressing the public directly” was one of the real goals of this lecture….

For Bernanke, the GW lectures serve a dual function:

They give him a chance to reprise the role of professor he played for more than two decades, first at Stanford and then at Princeton, where he eventually chaired the economics department.

And they give him a way to expand his mission of demystifying the Fed. As part of that campaign, Bernanke became the first Fed chief to hold regular news conferences and conduct town-hall meetings.

In addressing the public directly, Bernanke has also sought to neutralize attacks on the Fed, some of them from Republican presidential candidates.

So what did Bernanke actually say during the lecture?

Well, you can read all of the slides right here, but the following are some of the highlights….

On page 6 of the presentation, Bernanke makes the following claim….

“A central bank is not an ordinary commercial bank, but a government agency.”

So did the Federal Reserve lie to the court or is Ben Bernanke lying to us?

And what other “agency” of the federal government is owned by private banks?

The twelve regional Federal Reserve Banks, which were established by Congress as the operating arms of the nation’s central banking system, are organized much like private corporations–possibly leading to some confusion about “ownership.” For example, the Reserve Banks issue shares of stock to member banks. However, owning Reserve Bank stock is quite different from owning stock in a private company. The Reserve Banks are not operated for profit, and ownership of a certain amount of stock is, by law, a condition of membership in the System. The stock may not be sold, traded, or pledged as security for a loan; dividends are, by law, 6 percent per year.

The Federal Reserve always talks about how it must be “independent” and “above politics”, but when they start getting criticized they always want to seek shelter under the wing of the federal government.

On page 7 of the presentation, the following statement is made….

“All central banks strive for low and stable inflation; most also try to promote stable growth in output and employment.”

Well, on both counts the Federal Reserve has failed miserably.

Right now, if inflation was measured the same way that it was back in 1980, the annual rate of inflation would be more than 10 percent.

And when you take a longer view of things, the inflation that the Federal Reserve has manufactured has been absolutely horrific.

Even using the doctored inflation numbers that the Federal Reserve gives us, the U.S. dollar has still lost 83 percent of its value since 1970.

The truth is that inflation is a “hidden tax” that is constantly destroying the value of every single dollar that you and I hold.  Those that attempt to save money for the future or for retirement are deeply penalized under such a system.

As far as employment goes, the total number of workers that are “officially” unemployed in the United States is larger than the entire population of Portugal.

So the Federal Reserve is failing at the exact things that Bernanke claims that it is supposed to be doing.

But instead of directly addressing many of the specific criticisms that have been leveled at the Fed, Bernanke instead chose to spend much of his lecture talking about the problems with adopting a gold standard.  The following are statements that were pulled directly off of the slides he used during his speech….

-“The strength of a gold standard is its greatest weakness too: Because the money supply is determined by the supply of gold, it cannot be adjusted in response to changing economic conditions.”

-“If not perfectly credible, a gold standard is subject to speculative attack and ultimate collapse as people try to exchange paper money for gold.”

-“The gold standard did not prevent frequent financial panics.”

-“Although the gold standard promoted price stability over the very long run, over the medium run it sometimes caused periods of inflation and deflation.”

-“In the second half of the 19th century, a global shortage of gold reduced the U.S. money supply and caused deflation (falling prices). Farmers were squeezed between declining prices for crops and the fixed dollar payments for their mortgages and other debts.”

Bernanke spent more time on the gold standard during his speech than on anything else.  At one point during the lecture, Bernanke made the following statement….

“To have a gold standard, you have to go to South Africa or someplace and dig up tons of gold and move  it to New York and put it in the basement of the Federal Reserve Bank of New York and that’s a lot of effort and work”

Bernanke seems to want to frame the debate over monetary policy is such a way that the American people are given only two alternative systems to consider: the Federal Reserve and a gold standard.

But the truth is that there are a vast array of both “hard money” and “soft money” systems that would not include a central bank or a gold standard at all.

So the truth is that the American people would have many different systems to choose from if they wanted to shut down the Federal Reserve and set up something new.

In the past the U.S. government has issued debt-free money and it could certainly do so again.

But in his lecture, Bernanke did not even mention how the Federal Reserve creates money or how whenever new money is created more debt is created.

Under the Federal Reserve system, the money supply is designed to continually increase, and whenever more money is created more debt is also created.

In a previous article I discussed how more money is created on the federal level….

It just creates them out of thin air.

Wouldn’t you like to be able to create money out of thin air?

The designers of the Federal Reserve system intended to trap the U.S. government in a debt spiral that would expand perpetually.

So has their design worked?

Well, just look at the chart below…. 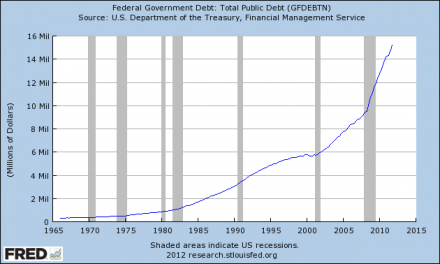 Today, the U.S. national debt is more than 5000 times larger than it was when the Federal Reserve was first created.

So I guess you could say that the results have been spectacular.

The Federal Reserve system also greatly favors the big Wall Street banks that it is designed to serve.

When those big banks get into trouble, the Federal Reserve snaps into action.

According to a limited GAO audit of Fed transactions during the last financial crisis, $16.1 trillion in secret loans were made by the Federal Reserve to the big Wall Street banks between December 1, 2007 and July 21, 2010.

The following list is taken directly from page 131 of the GAO audit report and it shows which banks received money from the Fed….

What about all the rest of us?

Did we get bailed out?

No, we were told that if Wall Street was rescued that the benefits would trickle down to the rest of us.

But what Bernanke and the Fed have done is create inflation in commodities such as oil which is affecting the household finances of nearly everyone in America.

The average price of a gallon of gasoline in the United States is now up to $3.87.  That is an all-time record high for the month of March.

So far in 2012, the price of gasoline in the United States has risen by 17 percent.

Over the past several decades, every time there has been a major spike in gasoline prices in the United States, a recession has always followed.  If you doubt this, just check out this amazing chart.

So will we soon see another recession?

If we are lucky.  Hopefully the next downturn will not be a full-blown depression.

The truth is that the Federal Reserve does not help us avoid booms and busts.  Rather, it creates them.  The Fed was at the heart of the housing bubble which helped bring on the last financial crisis when it crashed, and the current ultra-low interest rate policies of the Fed are creating more bubbles which will have devastating long-term consequences.

So Bernanke does not have anything to be proud of, and his track record has been absolutely nightmarish.

Hopefully the American people will not believe the propaganda and will take an honest look at the Federal Reserve.

When you take an honest look at the Federal Reserve, there is only one rational conclusion: Congress should shut it down, lock the doors and throw away the key. 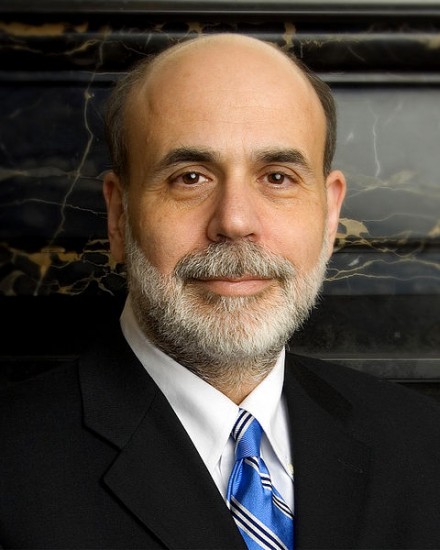